Labor day weekend getaway to San Francisco.  Flights booked two months ago on Southwest Airlines, leaving PDX at 5:45am and arriving around 7:45am.  We talked Lisa’s mom to join us – but she booked a separate flight on Alaska Airlines, leaving at 6:40am and arriving around 8:30am.  The plan was to travel together to the airport, get on our flights, then meet up in SFO and travel together to our hotel in San Francisco.

Since our flight was so early, we planned to leave our house at 4:00am to get to the airport, park and check in by 5:45am.  That meant we went to bed earlier than usual, around 9:00pm so that we could get a decent amount of sleep.  All went off without a hitch — up at 3:30am, on the road at 4:00am, parked and shuttle bus to the airport by 4:45am… however, while on the shuttle bus I checked my phone and found out that I received a text message at 11:29pm from Southwest Airlines.  “Your flight has been cancelled.”  That’s pretty much all it said, with the addition that I should call to rebook the flight.

Shock.  Flight cancelled?  What the hell?  Why?  What do I do now?  How can we get to San Francisco?

I called Southwest Airlines and spoke to a representative.  I asked if we could be re-accommodated to the Alaska flight.  Nope.  All she could do was either refund our mileage points or get us on the next Southwest flight to San Francisco.  And what would that be???  Well, there was a flight at 6:00am, stopping in Las Vegas and arriving to SFO at 10:35am.  But that one was already sold out.  There was another flight at 6:25am, stopping in San Diego and arriving in SFO at 11:05am.  That one was also sold out.  Both flights sold out probably because of the 5:45am passengers getting those flights rebooked earlier, but we didn’t read the message until about an hour before take-off so we were pretty much out of luck.  The next non-stop flight was at 12:45pm, arriving at 2:30pm.  Yikes.  There had to be something else we could do, right?

I looked up information on cancelled flights, and found out that the contracts state that the only obligation the airlines have is to (1) refund the cost of the flight or (2) get the passenger on the next available flight on the same airline.  And that’s it.  So there was no way for us to get on the Alaska flight, it had to be on Southwest.  What to do, what to do?

Once we were finally at the airport, we waited in line and made our way to a live Southwest Airlines human.  He couldn’t magically reinstate the 5:45am flight, but he could rebook us on a 6:00am non-stop flight arriving to Oakland by 7:45am.  It wasn’t SFO, but we could make it work.  That sure beat arriving in SFO at 2:30pm, and it beat having to pay a last-minute walk up fare at Alaska Airlines for $199 each person.  We took the flight to Oakland.

The rest of the story went like this:  we made it to Oakland and took the BART to downtown San Francisco.  Lisa’s mom got on her original flight to SFO, and she took the bus to downtown San Francisco.  We met up all around the same time.  So in the end everything worked out.   But I certainly learned from this experience.  I was dismayed to find out that the airline can pretty much cancel a flight for no reason and all I am entitled to is either a refund of my original flight or getting rebooked on the next available flight on the same airline.  It sucks that we never found out why our flight was cancelled, but I have a good idea.  I think that there just weren’t enough passengers on the flight to make it worthwhile for Southwest.  The reason why I think this is because Lisa and I both received very high boarding numbers, even though we did online check-in kinda late.  Usually, right at the 24-hour mark, you check in and if you are just even a minute slow, you’ll end up with a boarding priority number of B-1 through B-60 because so many people are checking in at the same time, trying to get those high numbers.  Well, Lisa checked in right at 5:45am and she got A23.  I checked in at 5:47am and got A24.  When we originally received those numbers, we were thrilled.  But now looking back at that, I think it just proved that there were not a lot of people on the flight at Southwest figured they could save money and just get us on different planes.  I have no concrete proof of this, it is speculation, but it seems likely.  But I will never know.  That’s the other thing I learned — if my flight is cancelled, I’ll never know the reason why.  It is just cancelled so there, so be it.  So be it.

We thoroughly enjoyed our visit to Italy, however the one thing that we could always count on was having some difficulty enjoying the outdoors, especially when trying to eat or drink. We just could not get away from all of the smoking including when we were just waiting for the tram, as this photo can attest…

Some observations over the last month regarding bathrooms:

Many are labeled as toilets, or “WC.”  Officially, it is bagno in Italian, but we haven’t really seen this.

Bathrooms are not free.  You must be a paying customer of a restaurant or bar or cafe, or museum or paid attraction to qualify.  Public toilets cost money — typically .50 euros, and as high as 1 euro in Cinque Terre.  Oftentimes the public toilets are manned by a Bathroom Overlord.  He or she will keep the restrooms clean, point you to the stall that is available and enforce the law of payment.  If there is no person to take your money, then you will find a machine that you put your money into and in return you shall receive a token.  This token will allow you through the turnstile to access the toilet.

Line up for the public WC in San Gimignano. Two bathroom stalls. One person leaves, one person can enter the turnstile. Cost: .50 euro, which we paid for.

The fake free toilet:  this happens when you think you’ve scored a free public toilet, only to find that you must have an access code to open it.

Toilet seats are not guaranteed.  Actually, it is about 50/50.  Half the time there will be a toilet seat, the other time there will just be the rim of the toilet base.  We have been fortunate that in all of our hotel stays, there has always been a toilet set.  However, this evening Lisa was horrified to find out that our seat was not bolted down to the rim, and she found out the hard way as it basically fell down and to the side when she tried to sit on it.  Hotel maintenance eventually came to the room to affix the seat.  What is curious though is the fact that the housekeeper actually put one of those paper strips across the seat lid that has “Sanitized” printed on it.  Apparently she did not realize that the seat wobbled and was just sitting there without any bolts or anything.  Then how did she put that paper around it?

Some public toilets don’t even have proper toilets — it’s just a hole in the ground with an outline of where to position your feet.  This is for both men and women.  And this is to complete bathroom process #1 and #2.

Bidets are very common in hotel rooms, but not in public toilet facilities.

For many public bathrooms in a restaurant or museum, there are unisex washrooms.  In other words, you enter through one door that features two or three sinks.  And beyond these will be a door marked for men and one for women, which will lead to the respective gender toilets.

I am too cheap to pay for a public bathroom.  I am just so conditioned as an American to expect free bathrooms for public use.  But yes, I know that I am not in America and it is just something that has been an adjustment.  And that adjustment is this:  whenever I have a “free toilet,” I am going to use it.  I paid $4 for this Coke?  Well for sure I am going to seek out your restroom and use it!

Two points about toilet paper.  #1 – they mostly come in rolls, though there were a few places that the paper dispenser is pre-cut so you only get two sheets at a time.  #2 – you really aren’t supposed to throw toilet tissue in the toilet to flush, as many public waste water facilities can’t really process all of that paper garbage.  That is why there is a waste basket next to the toilet — it is for your paper waste.  This is especially true if there is a bidet — after all, it is there to help wash out your anus so there really shouldn’t be a need for toilet paper!  So, bottom line, throw out your used toilet paper into the available waste basket and do not flush it down the toilet!

When in Rome … you join the queue of long lines to enter attractions like the Colosseum and the Forum and the Vatican.   If you are lucky, you encounter little or no lines or you pick the line that moves the fastest.  For our just completed trip to Rome, we batted .500…

All in all, we were pretty darn lucky and didn’t encounter any huge waits for any of the places we visited in Rome.  And whenever we did wait, or there was some sort of delay, we just had to remind ourselves that we are on vacation and we have all the time we need and to just relish the moment of being together, experiencing the delays and to expect the unexpected.  Queues and lines are a fact of life and sometimes we are super lucky and other times we just gotta give in and smile because we are still batting .500 and everything will balance in the end.  Or so we keep trying to convince ourselves… 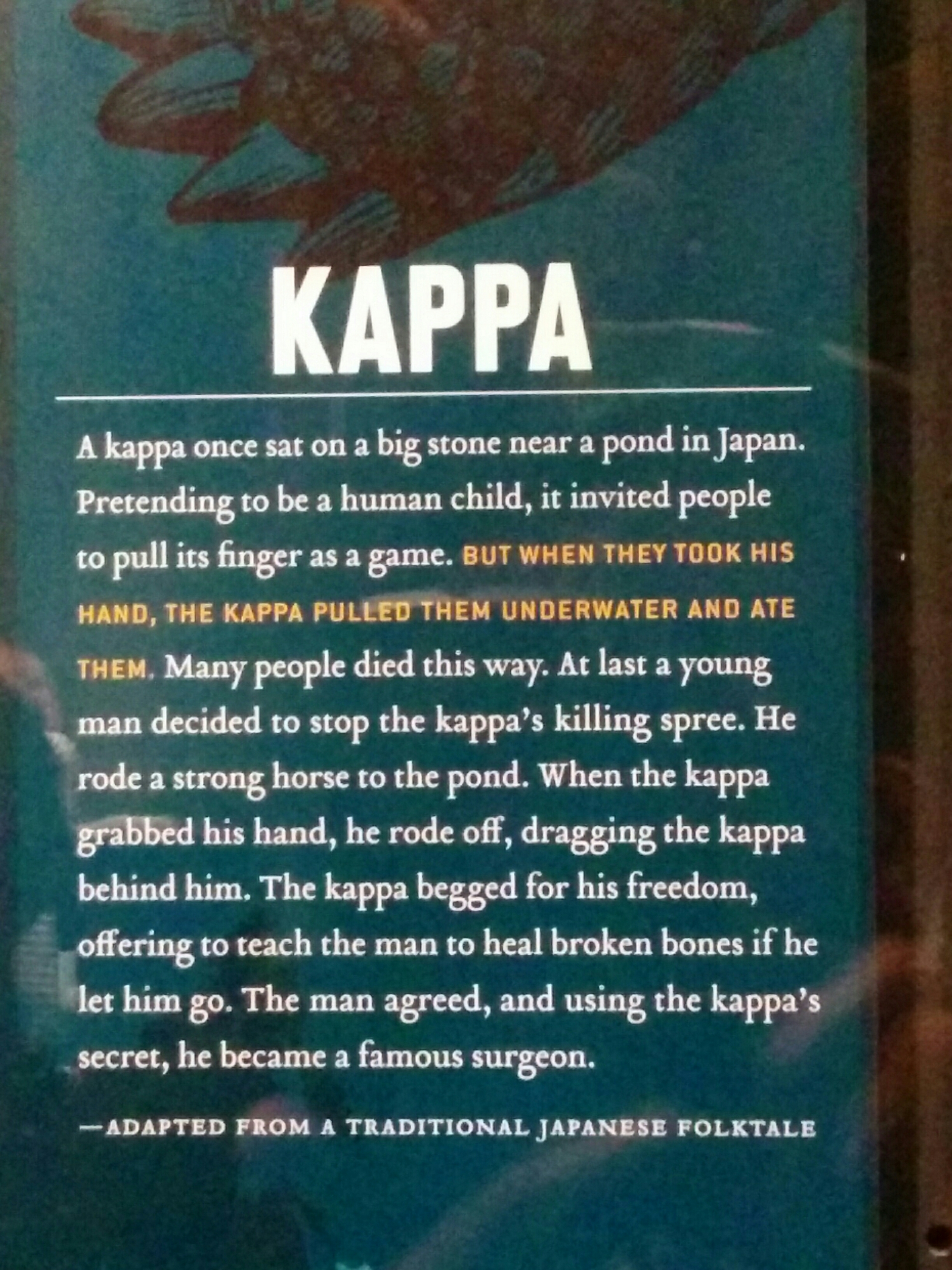 From the special Monsters exhibit at the Science Museum of Minnesota