Spent the day in Key West, Florida, doing as we usually do, just Meandering around the town on foot. We visited an old fort, the southernmost point in the US, the Key West cemetery, and did a lot of window shopping in this very popular tourist destination. 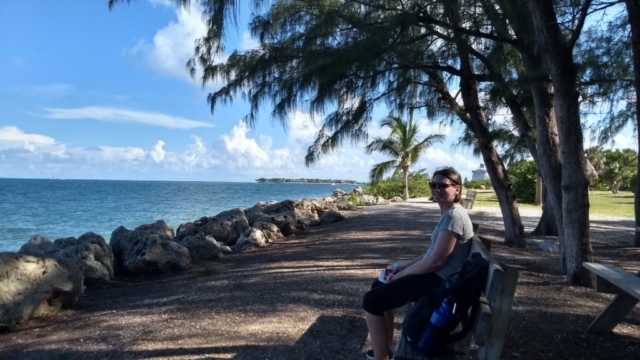 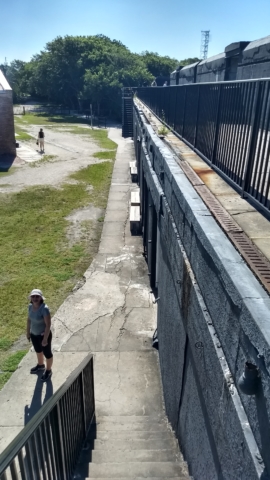 After almost six weeks of on the go travel, we have finally arrived to our vacation from the vacation:  a one-week cruise on the Celebrity Equinox, with stops in Key West, FL; Costa Maya, Mexico; Cozumel, Mexico; and Grand Cayman, Grand Cayman Islands.  This is the time where I can finally gain back the seven pounds I’ve lost, to catch up on reading, to sleep and lounge, and to drink!  We have the beverage package for both non-alcoholic and alcoholic drinks, so I’ll definitely take advantage and try out some new cocktails.  And I suppose I’ll try some samples of wine.  At any rate, it’s a week of rest for us, our vacation from the vacation! 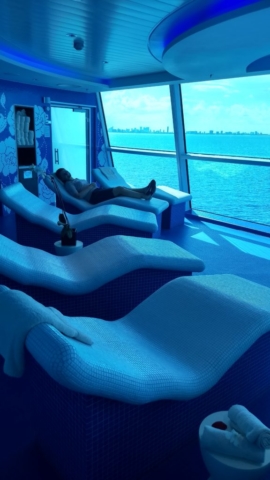 A walk through the town of Catania, Sicily with their fish market, Duomo square, Roman ruins and churches galore.  We spent about four hours in port last Thursday.  The next time perhaps we will do the day trip tour up to Mount Etna, which is Europe’s largest active volcano, but honestly were just looking for a some low key things to do that would not take too much energy. Wandering around town fit the bill perfectly, as we were able to get back to the ship for a late lunch and use the Aqua Spa facility. 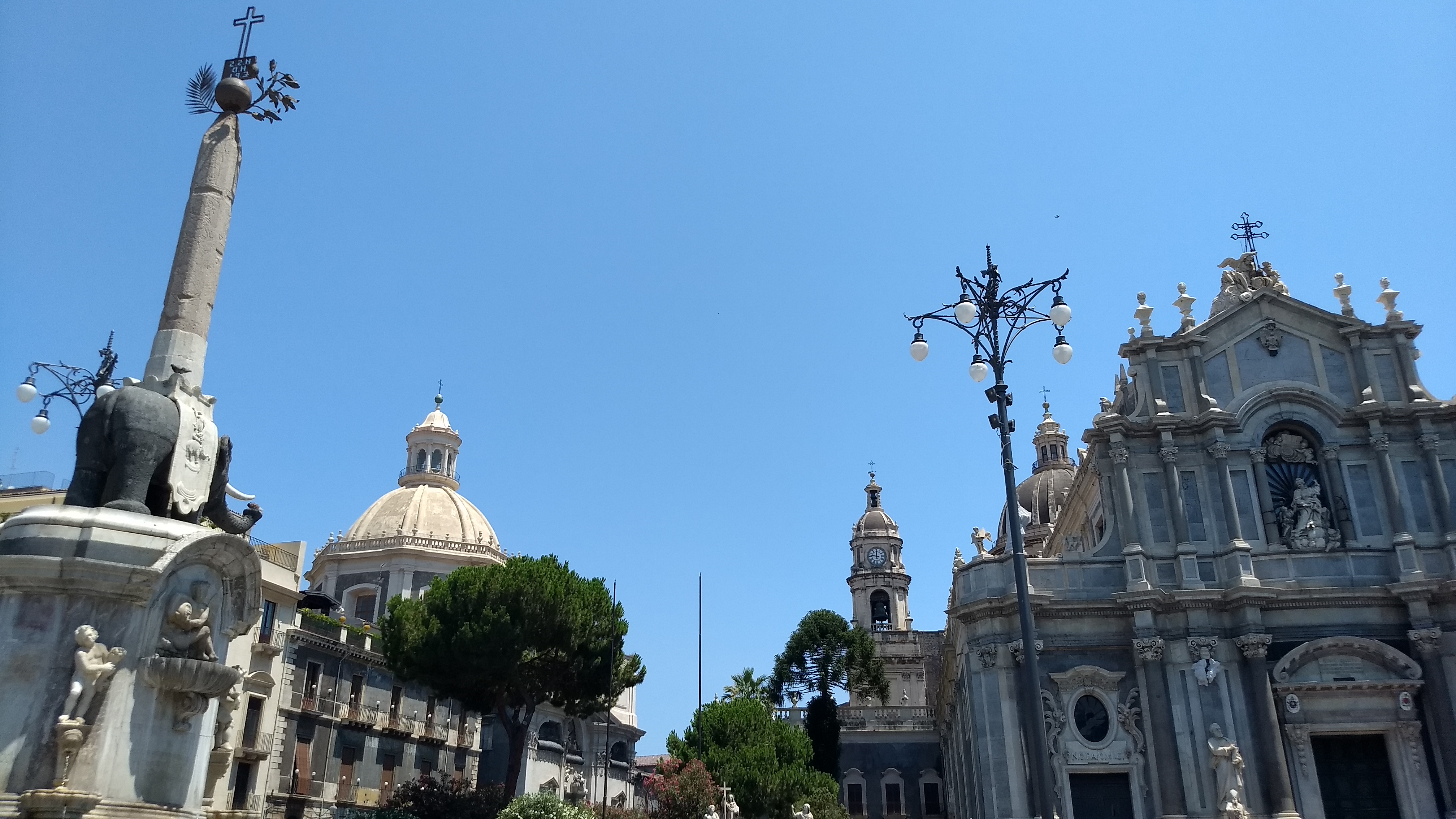 Duomo and the main Square 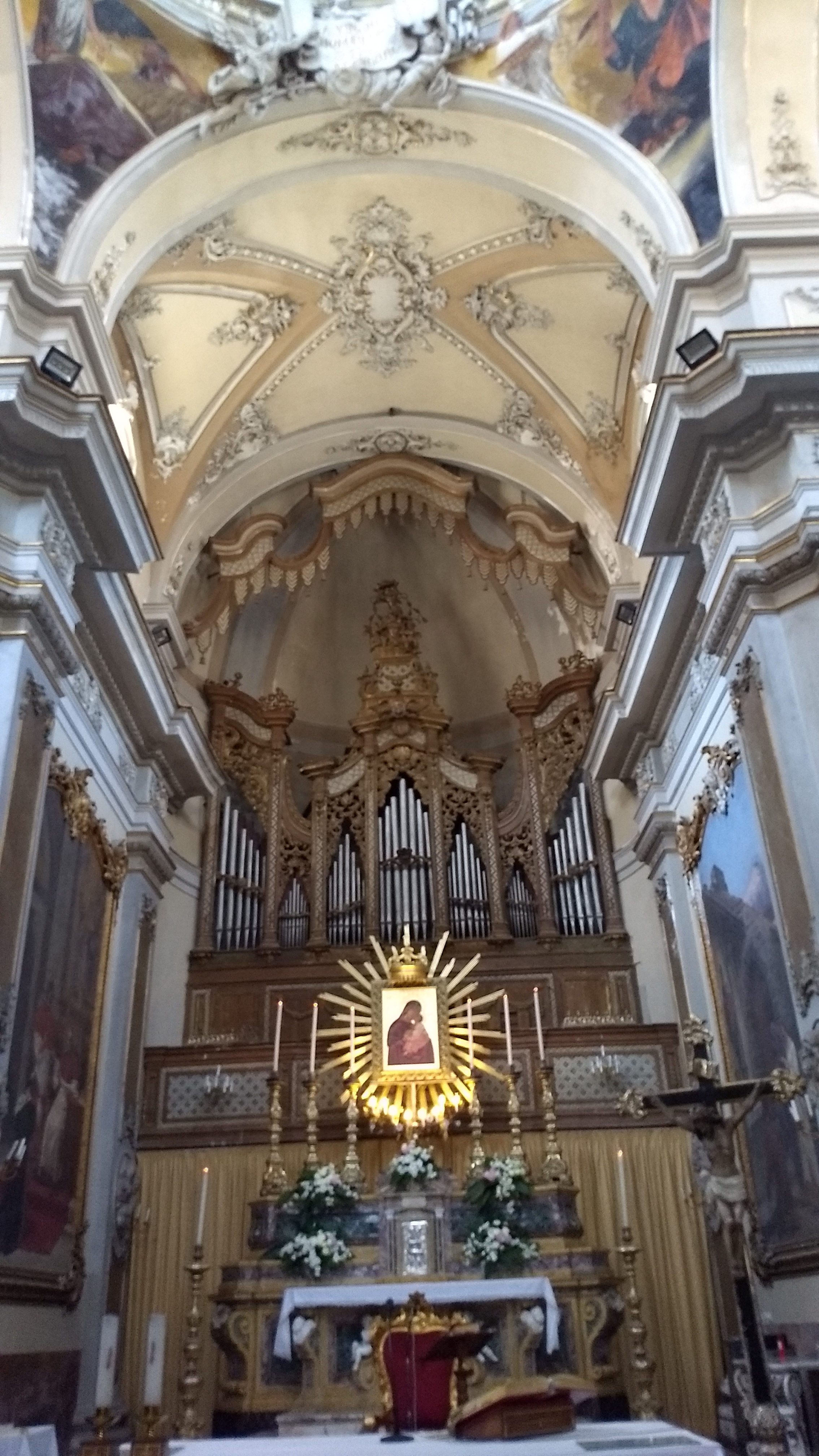 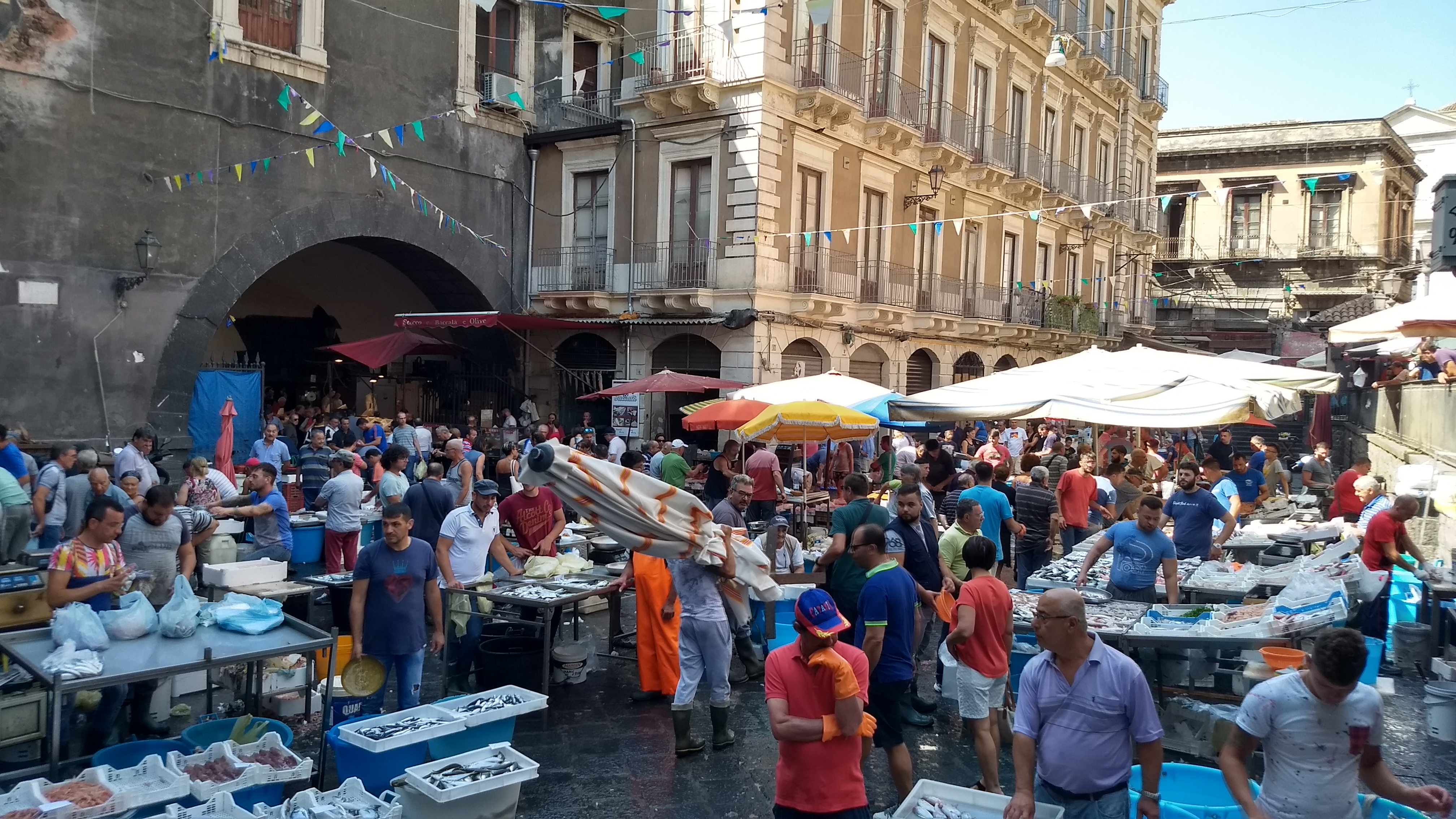 Fish market bleeding into the fruit and vegetable market. There are also plenty of butcher shops spilling out from the market 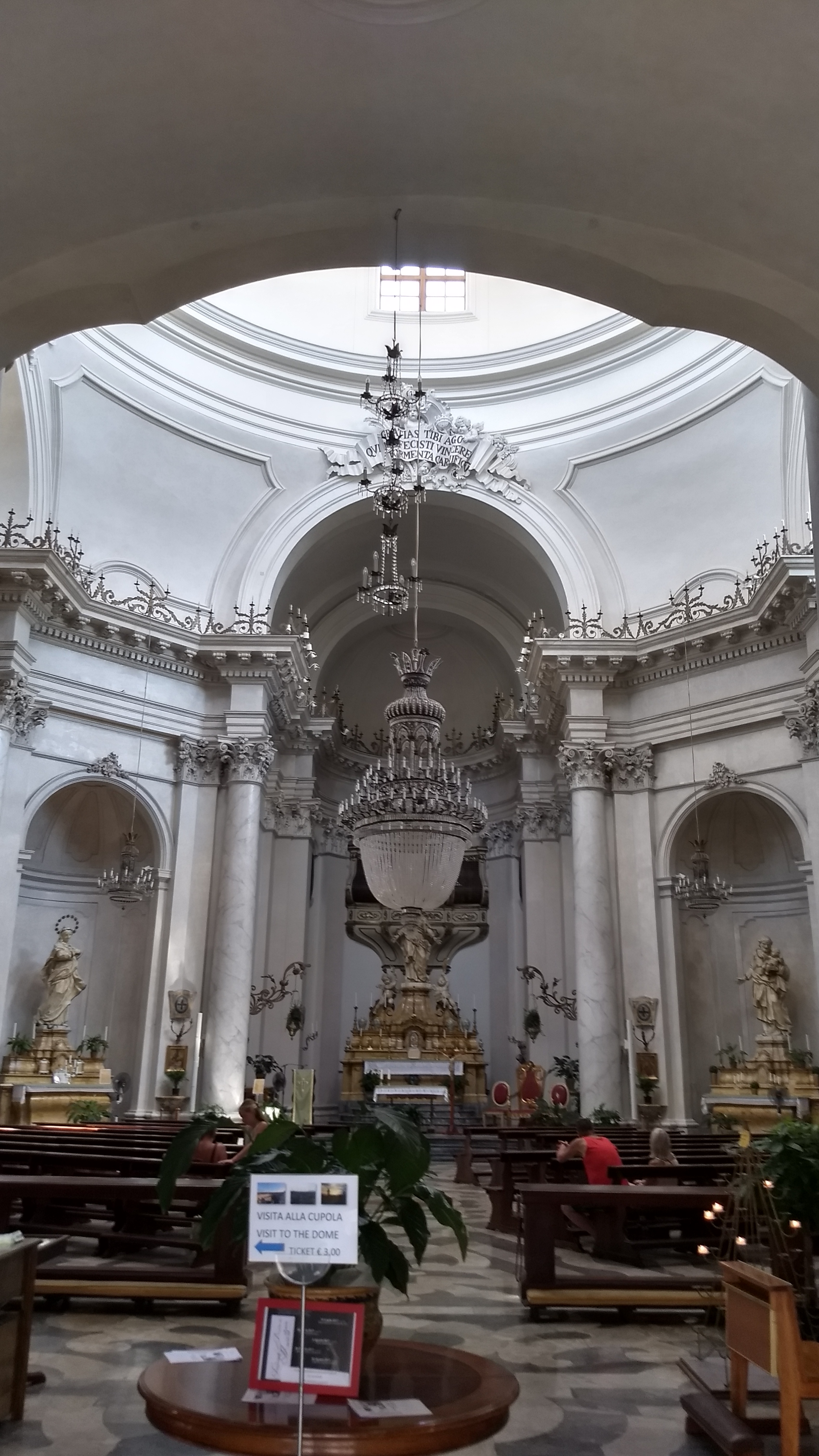 These are ruins from the Roman amphitheatre, which is buried underneath the city and partly exposed for visitors to check out

Day trip to the walled city of Mdina and its neighbor Rabat.  We took the city bus and then just walked around the two towns, just like the hundreds of other tourists who were on cruise ship shore excursions.  But in our case we could take our time and follow our own agenda, like stopping for some risotto and Panini. 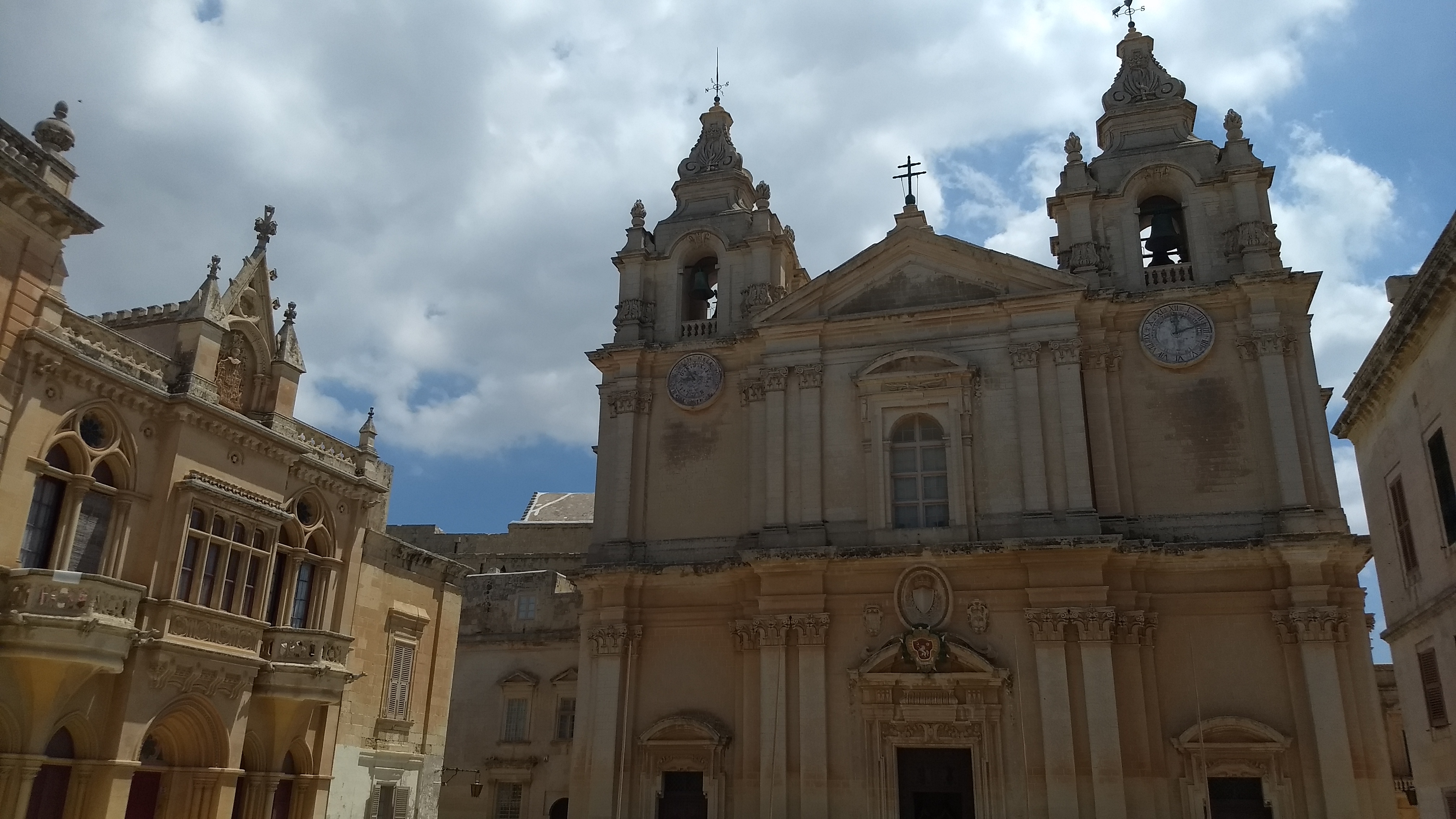 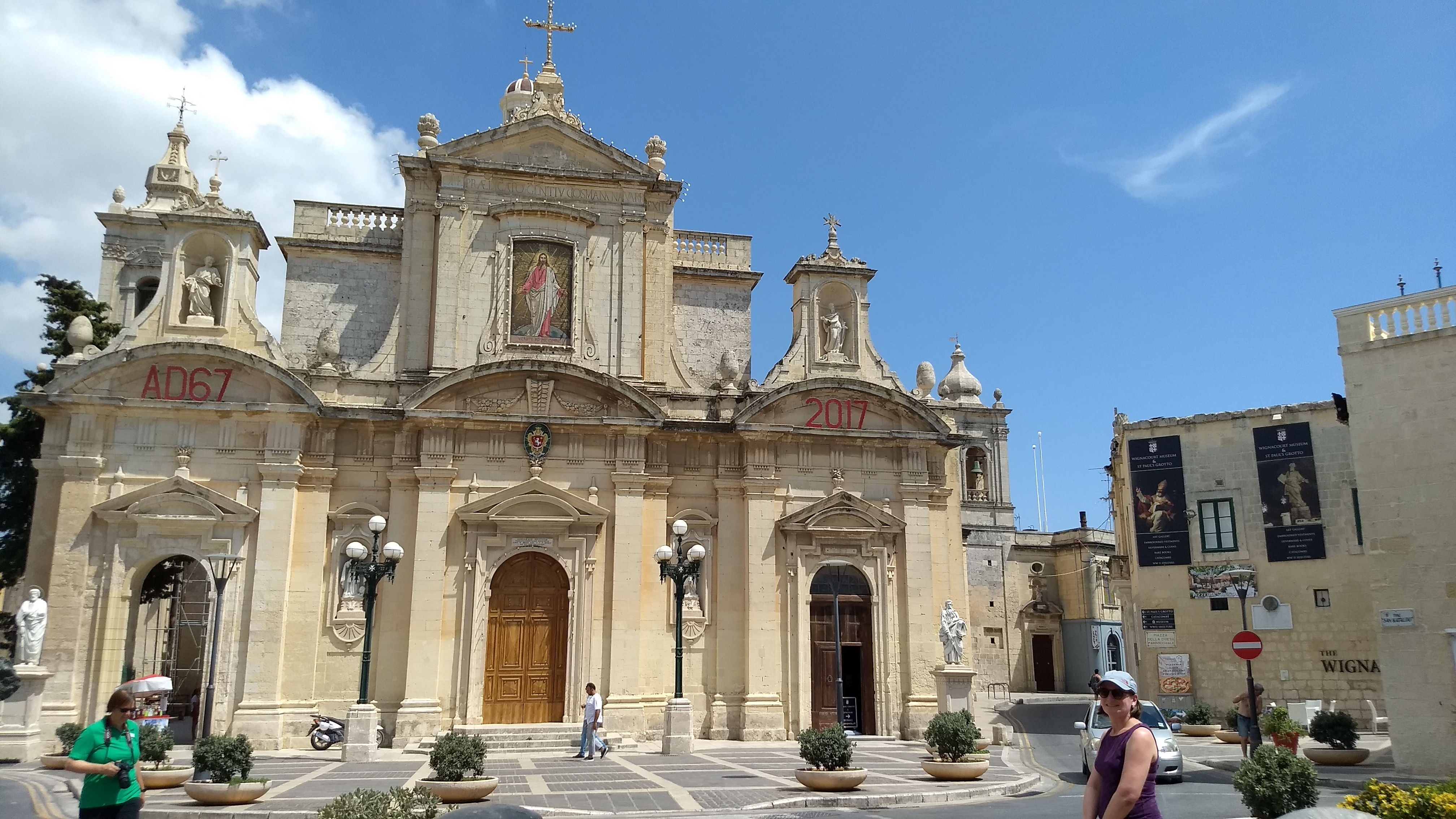 My smartphone has been resurrected. After I feared that it was lost for the remainder of our vacation, I plugged it in last night and when I checked it in the morning it was able to reboot and start up like brand new. I did not lose any apps or photos or anything so I am good to go.

We spent a full day in Valletta, Malta taking in a short historical multimedia presentation and then taking a three hour self guided driving tour on an electric golf cart. We survived driving on the left hand side!

Valletta is a walled Fortress town and its claim to fame was withstanding The Great Siege from the Ottoman Empire in 1565, where they were outnumbered four-to-one.  It is the capital of the three island nation of Malta, and it is filled with churches, cathedrals, palaces and it is basically  stepping back  in time… many movies have been filmed here such as Assassins Creed and Popeye!  Valetta is also the 2018 European city of culture, whatever that means.  Pretty awesome port of call! 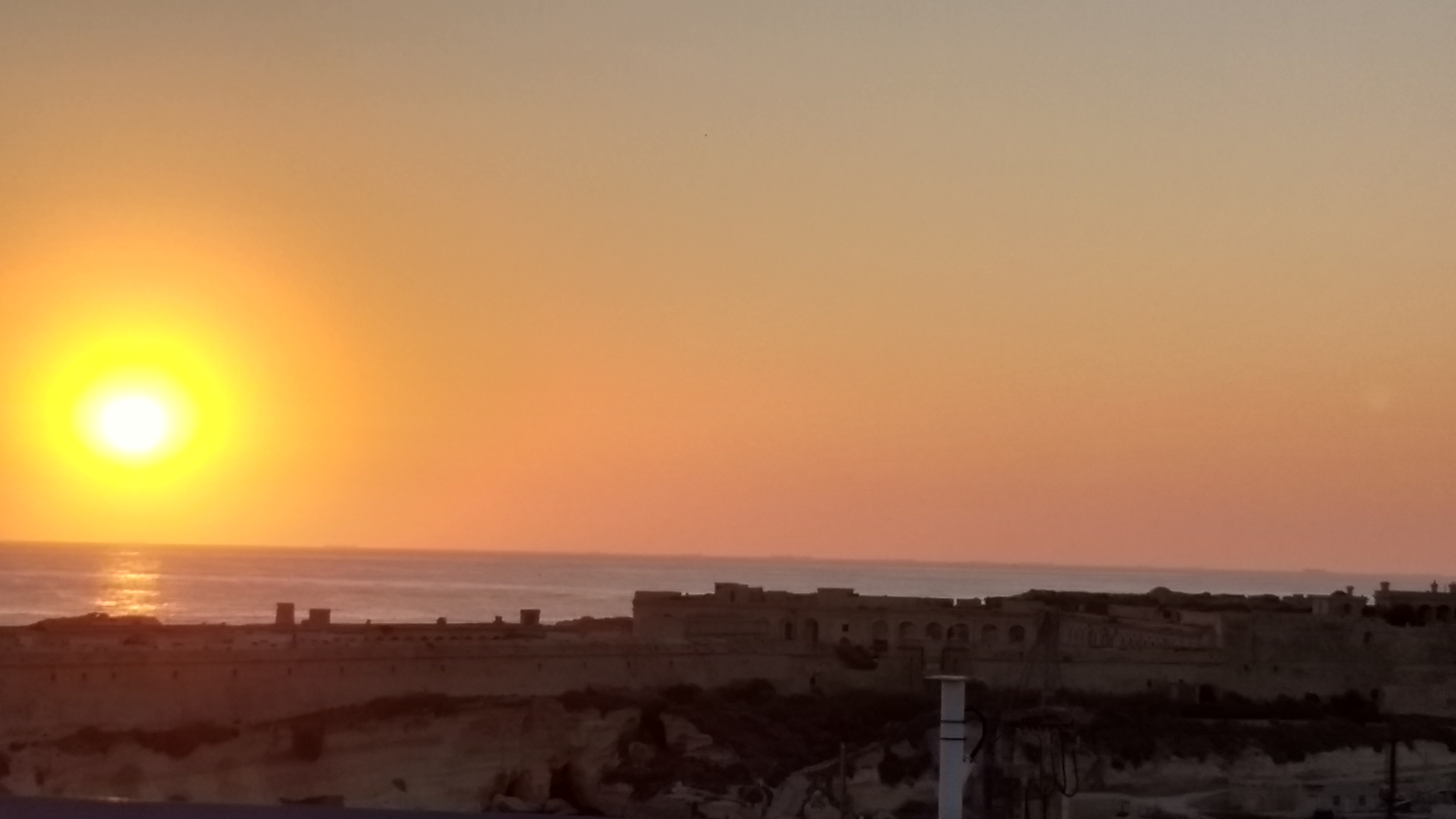 Sunrise over the Valletta seaport 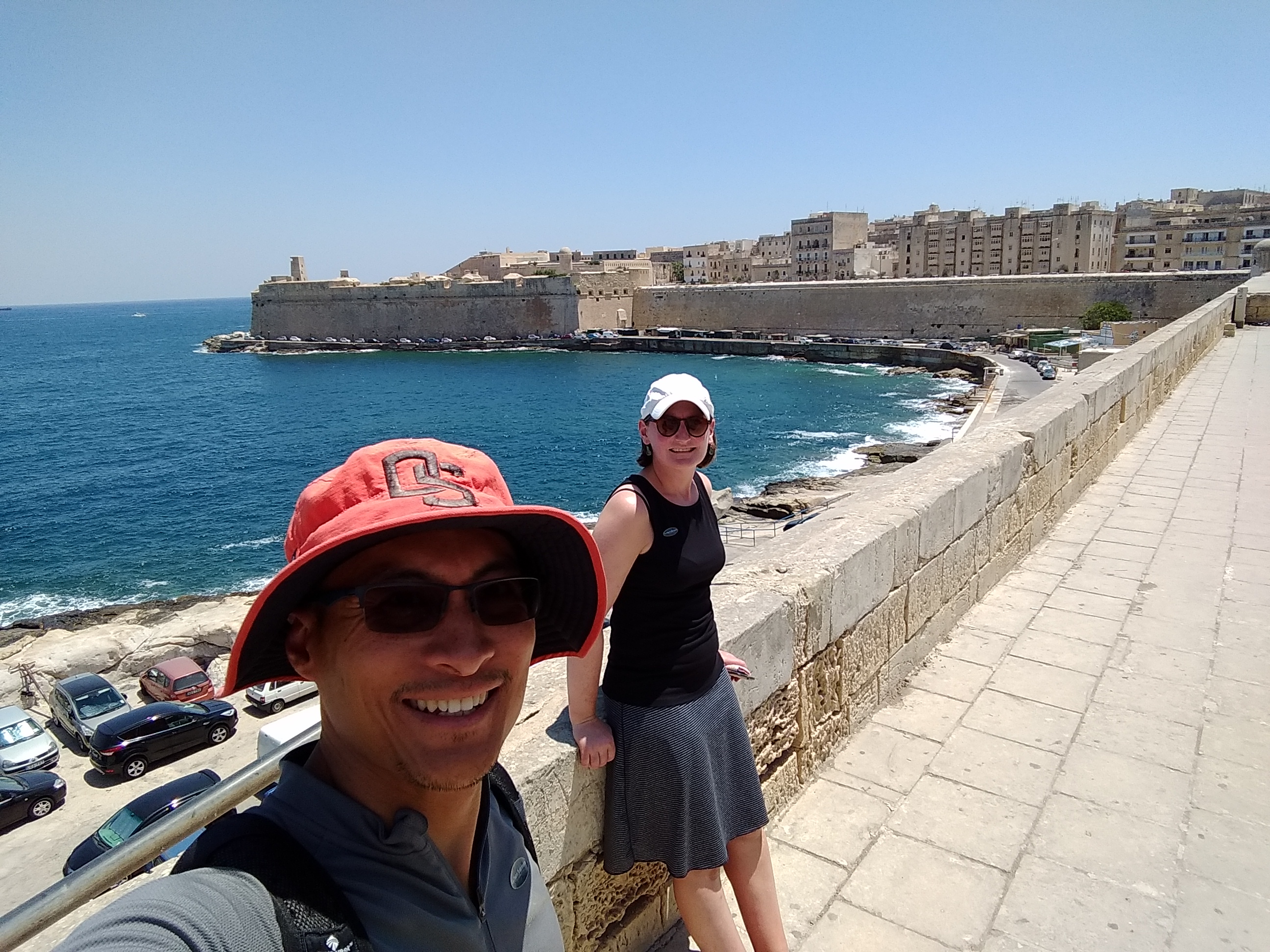