We left Quebec City just after noon and took the express bus to Montreal.  It is a good thing and that we got to the bus station a little bit early because the bus left 15 minutes earlier than the posted departure time.  After checking into our hotel around 4:15 and settling down, we headed off on our culinary food adventure for the evening… 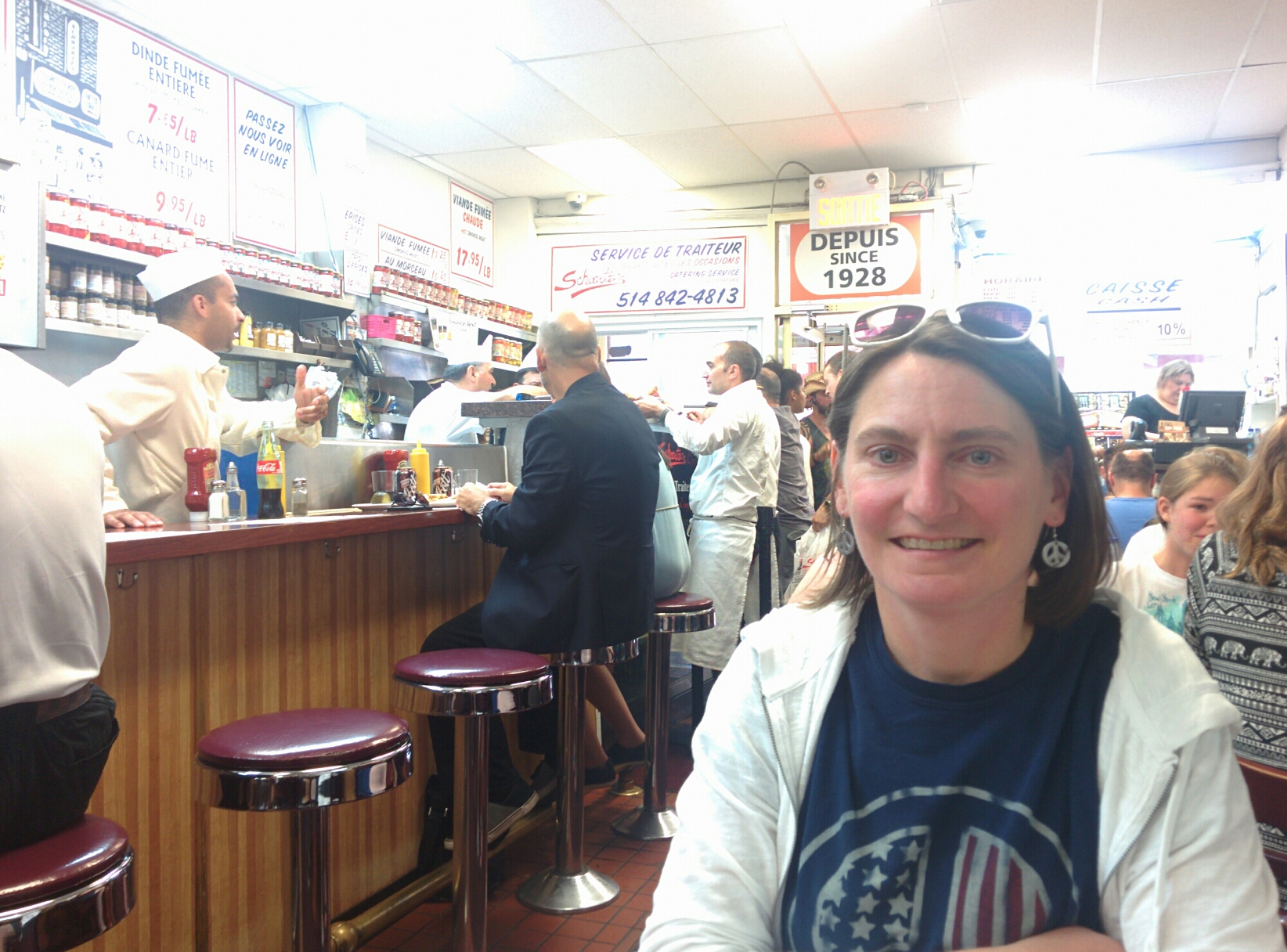 First stop to Schwartz's Deli, famous for their smoked meat sandwiches, which is cancelled make corned beef this place reminded me of the joint we went to in Nashville Tennessee where you are in a big line and you order from a limited menu and eat at communal tables 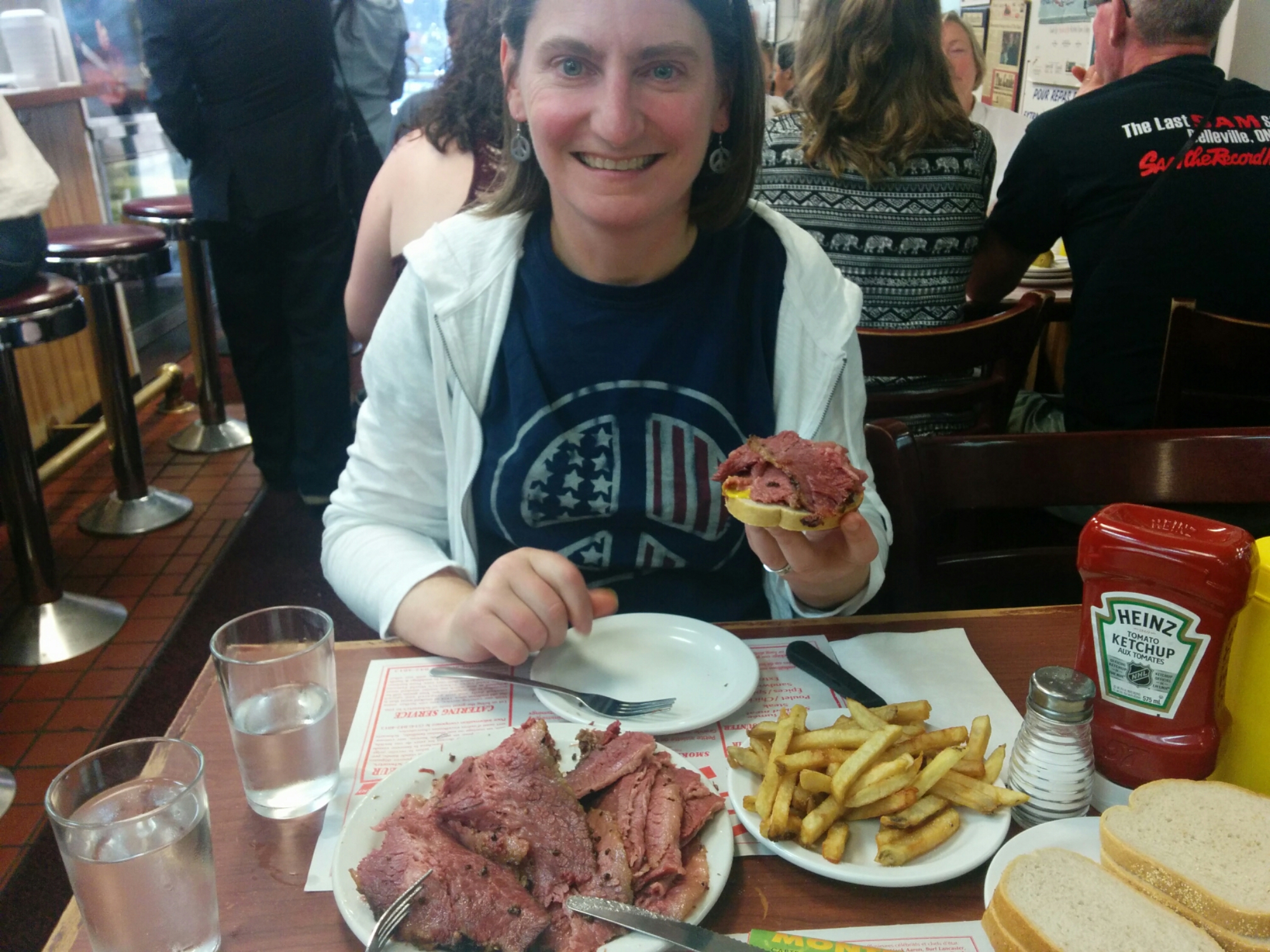 We shared a plate Meal, which is basically meat, some sliced bread, and mustard. That's it. 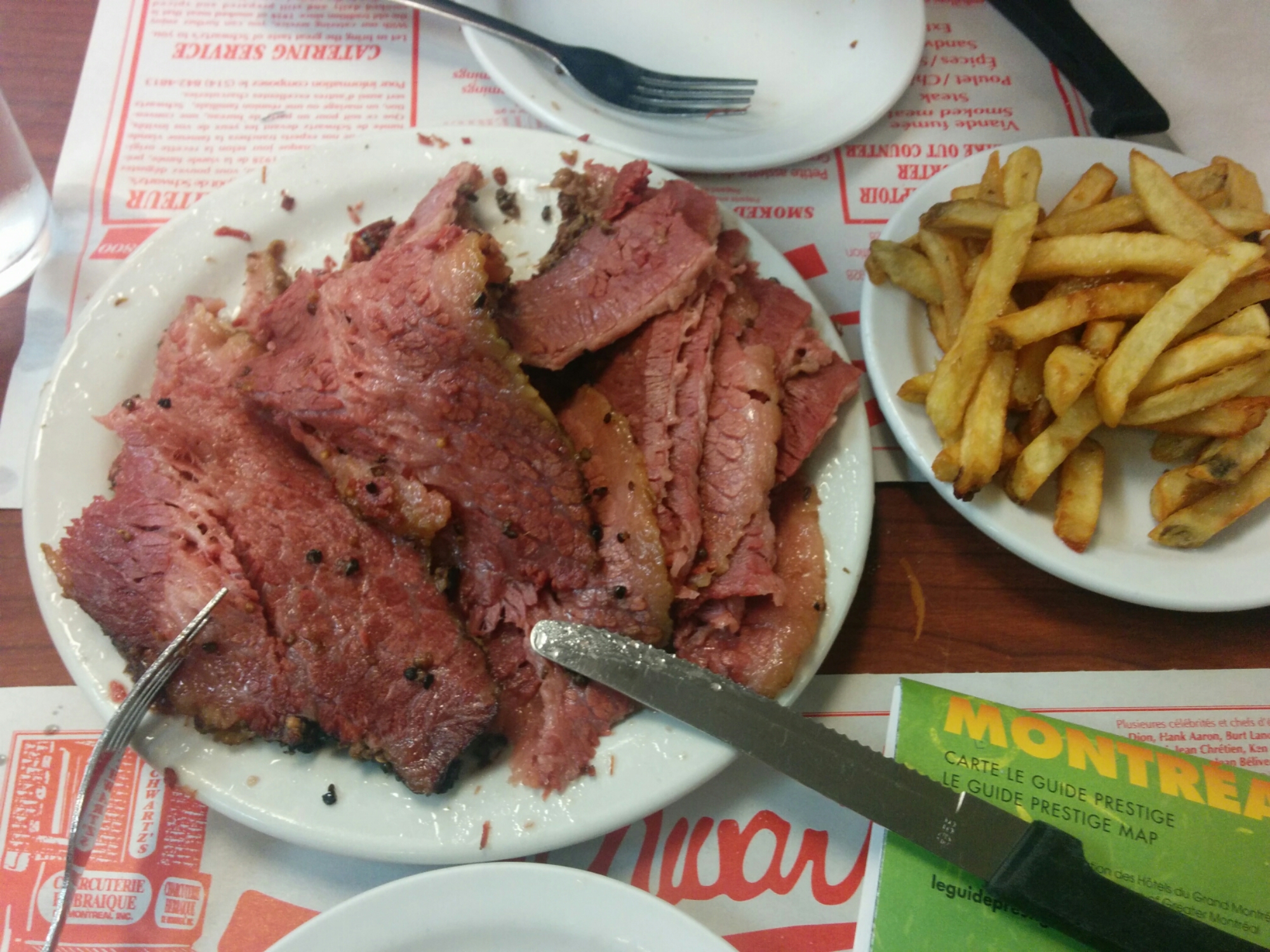 Even between the both of us, we were not able to finish it and we ended up taking some leftovers back with us 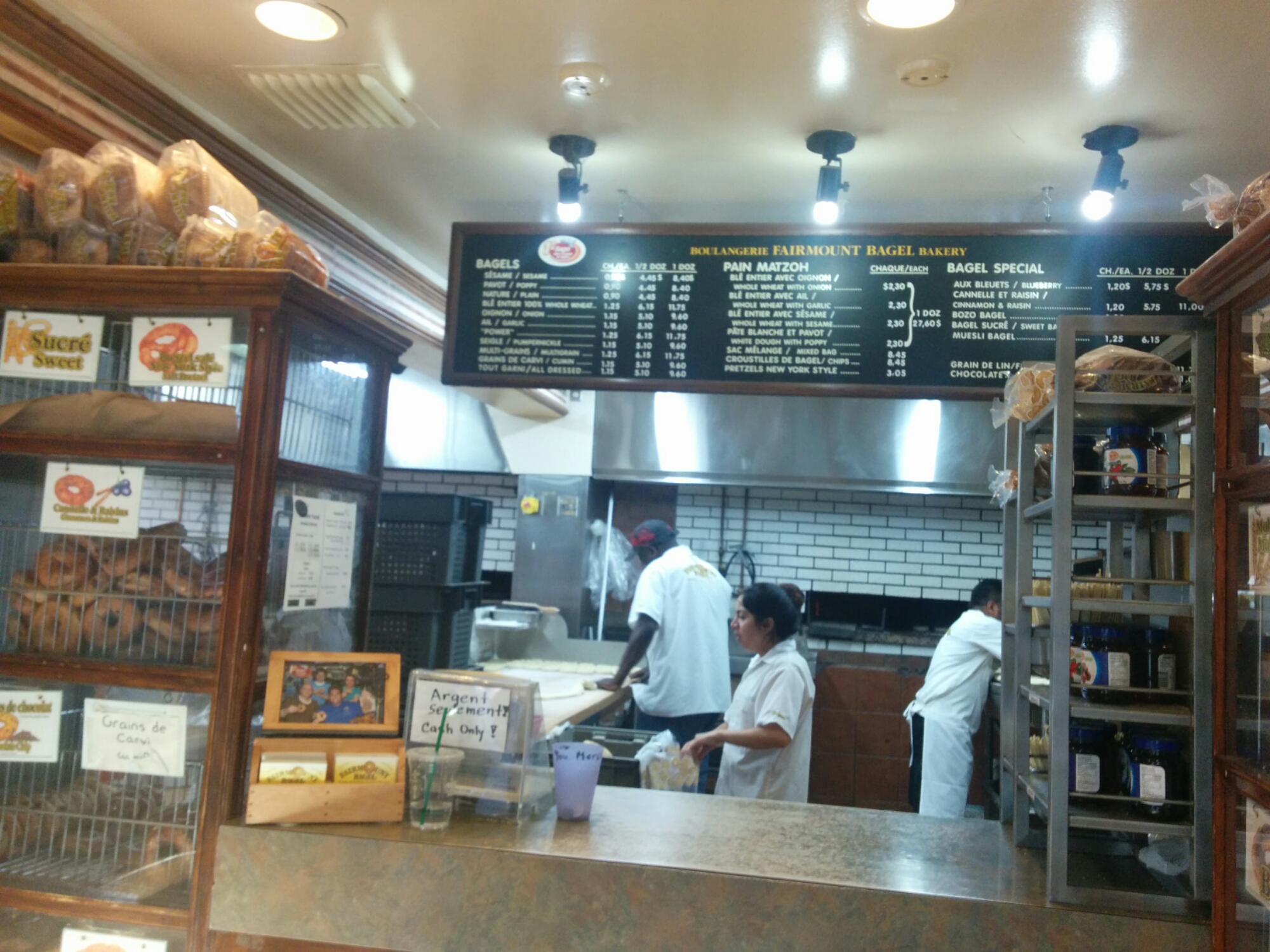 Stop number two was to an ice cream shop, but they were closed on Monday. So we went to stop number 3, Fairmont Bagels, which has been known as Montreal's best place to get a bagel. 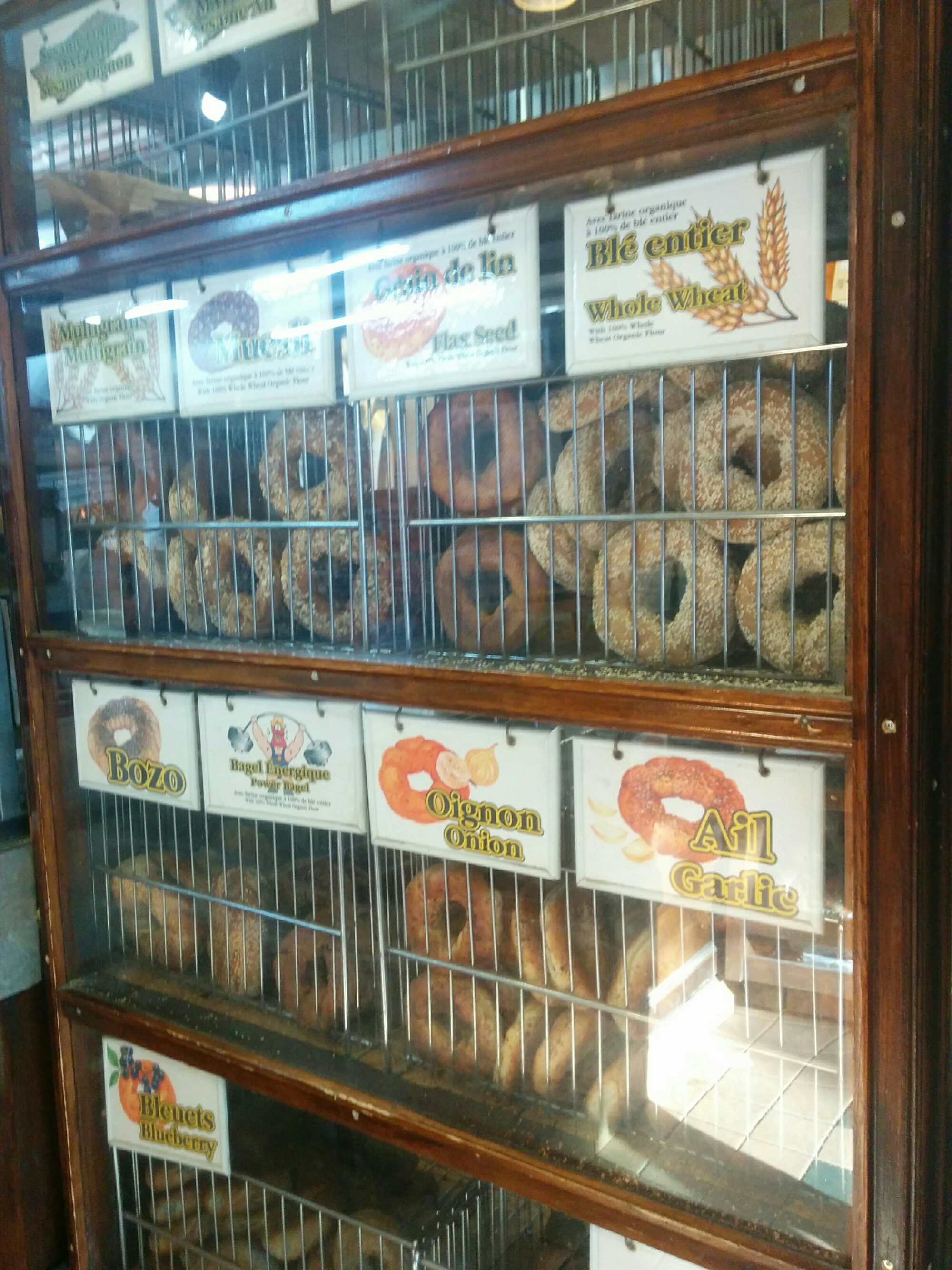 I got the museli bagel and Lisa got the cinnamon and raisin. Breakfast for tomorrow! 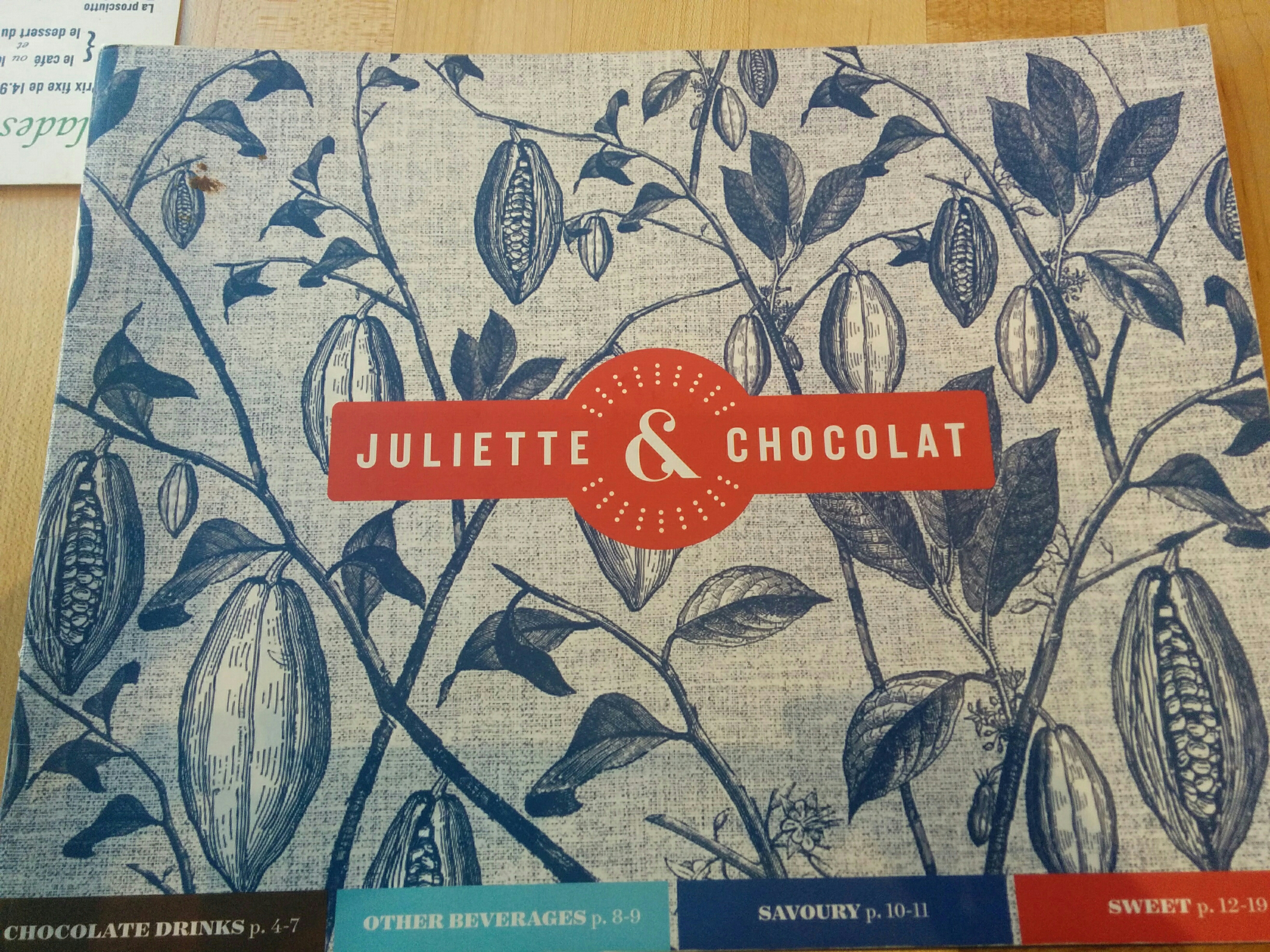 Our final stop was Juliette & Chocolat, restaurant that specializes in all things chocolate. Brownies, cookies, hot chocolate, cakes, ice cream, it goes on and on 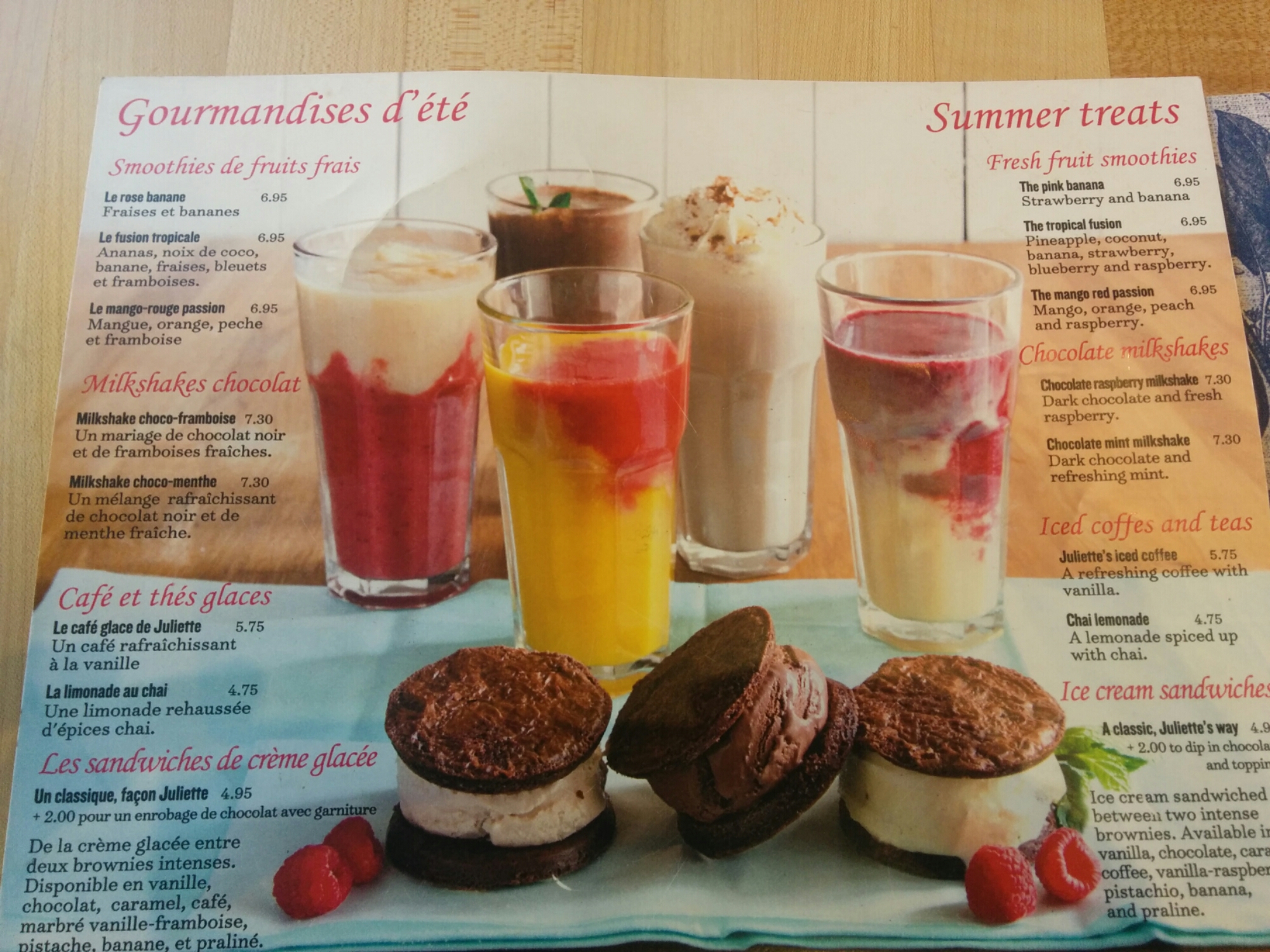 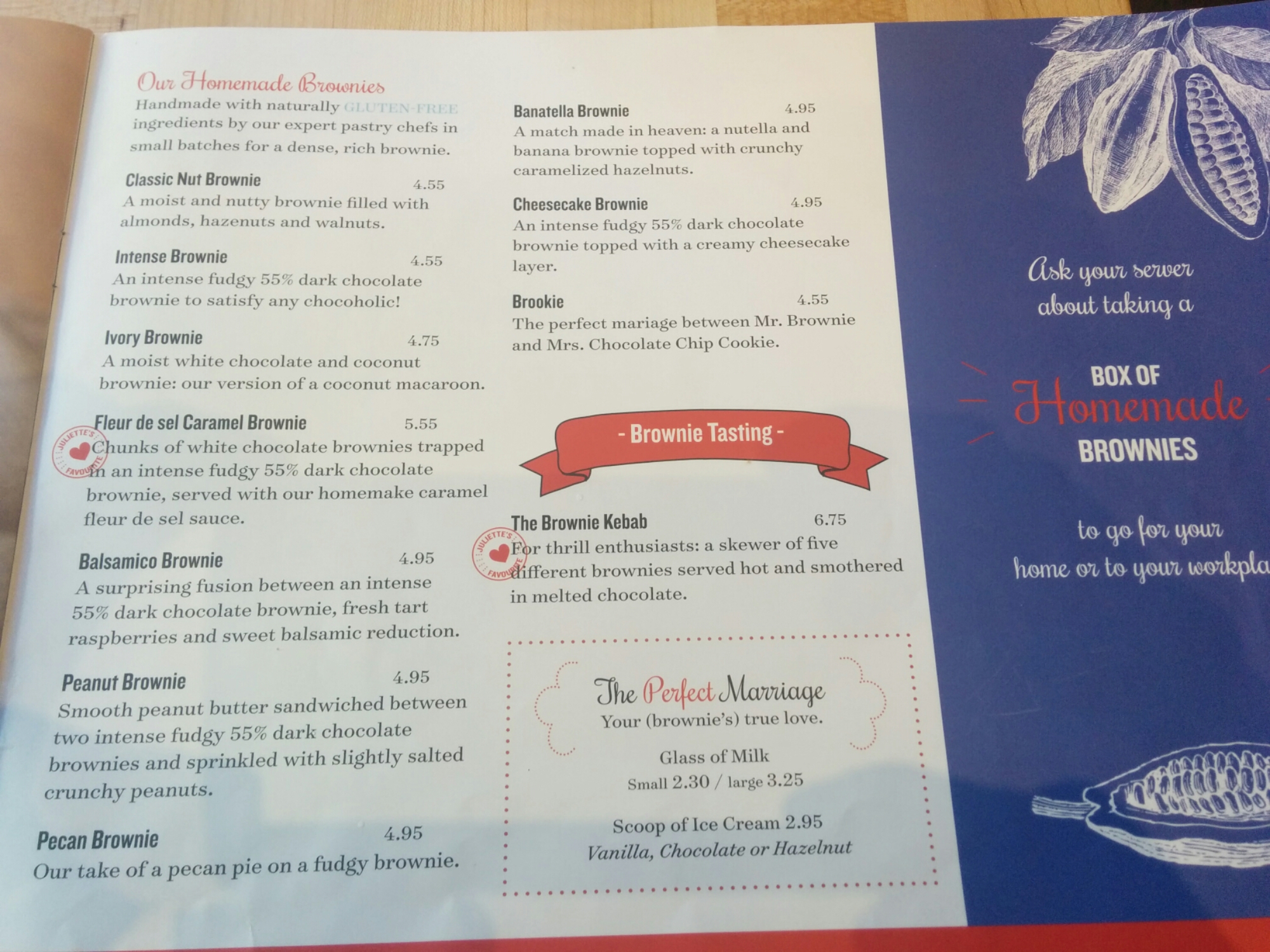 12 pages worth of calories! 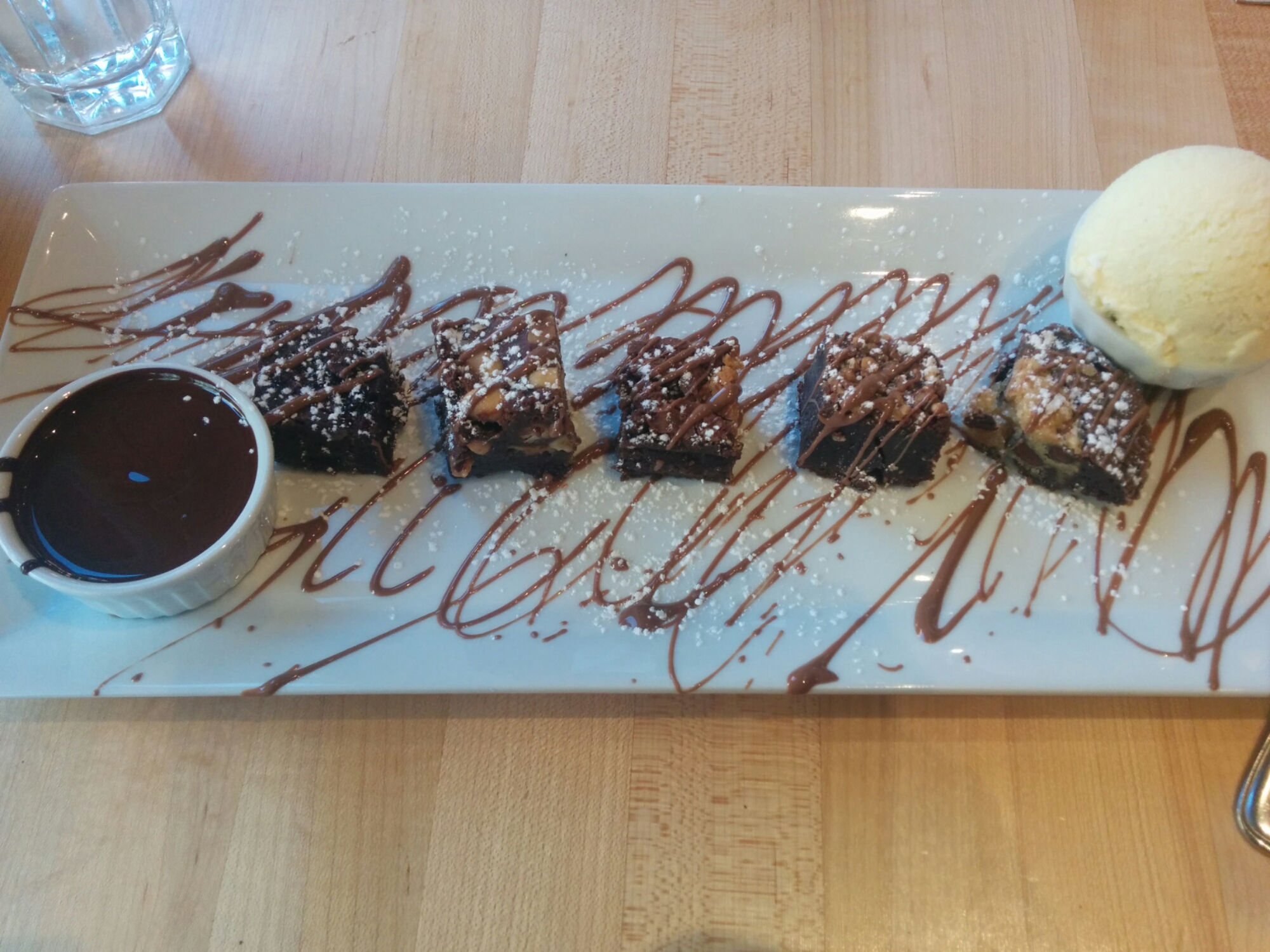 Verdict: all the desserts were delicious, unfortunately we just didn't have enough room for them. My brownies were super sweet and I probably would not order them again later. Just too much good food to eat