We took our students to the Oregon Zoo today for the discounted Second Tuesday.  We take our group at least once a year, and every time we go I am always filled with great memories of this place, once called the Washington Park Zoo.

The Metro Washington Park Zoo was my first adventure into a real job.  Sure, I had previous stints picking strawberries and helping out at the Saturday Market.  But my job at the zoo was official with an application, an interview, training and a W2.  I got the job as a sophomore in high school.  I remember taking the #63 bus after school on a cold January.  That was in 1989.  And I worked there throughout my high school career and a few years beyond.  It was my favorite job of all.  I worked with peers from other high schools and it was one big social party.

I started out in the gift shop and worked for and with some incredible people.  Had so much fun.  I got paid $3.63 per hour way back then.  The paycheck was great and I saved up a lot of that money.  But really, I got paid to have fun.  I guess management saw something in me, because within a couple of years I had moved up into other areas of Visitor Services — front gate admissions and manning the reception board.  Yikes!  That was kinda stressful.  But eventually I had the opportunity to become one of the Train Stationmasters.  I didn’t drive the train, that was for the engineers.  I did, however, get to load the train and make the announcements.  There has a training handbook that I studied before my first day on that job.  And I even wrote down the announcement.  And I’ll never forget my first try at the microphone…. there was a little ticket booth with windows on all four sides.  I took the microphone and stooped down low so that no one could see me.  I then proceeded to read my announcement, which would have sounded like this:  “All Aboard!  Passengers on the train please keep your head, hands and arms inside the train at all times.  I’d like to remind you that there is no eating, drinking or smoking allowed and please remember to stay seated while the train is in motion.  Please enjoy your trip to Washington Park.”  And then I would go out and give the engineer the high ball signal to leave the station.  Well, on that first try I messed up.  Somehow I didn’t quite write the announcement down in my best handwriting, and I stopped cold somewhere in the middle of it.  I don’t remember if I was able to recover, but I do distinctly remember saying “Ooops.”  And then there was laughter coming from the train cars.  I was embarrassed for sure, but I knew then that it wasn’t the end of the world.  It was quite comical, and I somehow survived that day despite my initial faux pas.  I am glad that management decided to stick with me because that Station Master gig kicked ass.  So much fun.  Especially when I was sent to the Washington Park train station, a fifteen minute ride down the track.

The Washington Park train station was its own little island, and sometimes I was the only one on that island.  There were days of heavy rain where we would only have one train every hour, so in between trains I would just hang out listening to music or conversing with the visitors or gift shop personnel.  It was so awesome.  And the best part was riding the train back to the zoo.  I got paid to ride the the train back to the zoo to turn in my cash and clock out!  Sometimes the last train of the day would be empty and I would take the back car all to myself.  The rocking and swaying of the train, coupled with the early evening of the summer would sometimes drift me off for a snooze.  Those were the days!

I loved working for the zoo and at the zoo.  Great people there.  Great job.  A perfect first job.  I spent so much time there.  Weekends during the year, and five days of the week through the summer time.  At one point I worked at least sixty hours a week — forty hours full time with the membership organization Friends of the Zoo, and then another twenty hours manning the admission gates or gift shop on my off days.  That was when I was madly saving up all my money for my trip to Europe.  And the zoo gave me that opportunity.

So it is always with great memories I bring whenever I visit the zoo with my kiddos.  Exhibits change.  New animals are brought in.  There is only one guy left who still works at the zoo that I worked with twenty five years ago.  Captain Ron is his name.  Everyone else has moved on.  But I will always have a great fondness for the Washington Park Zoo and all the great memories I had there.  What an amazing adventure I had.  I still smile and marvel at how lucky I was to land such a great job.  Thank you Zoo! 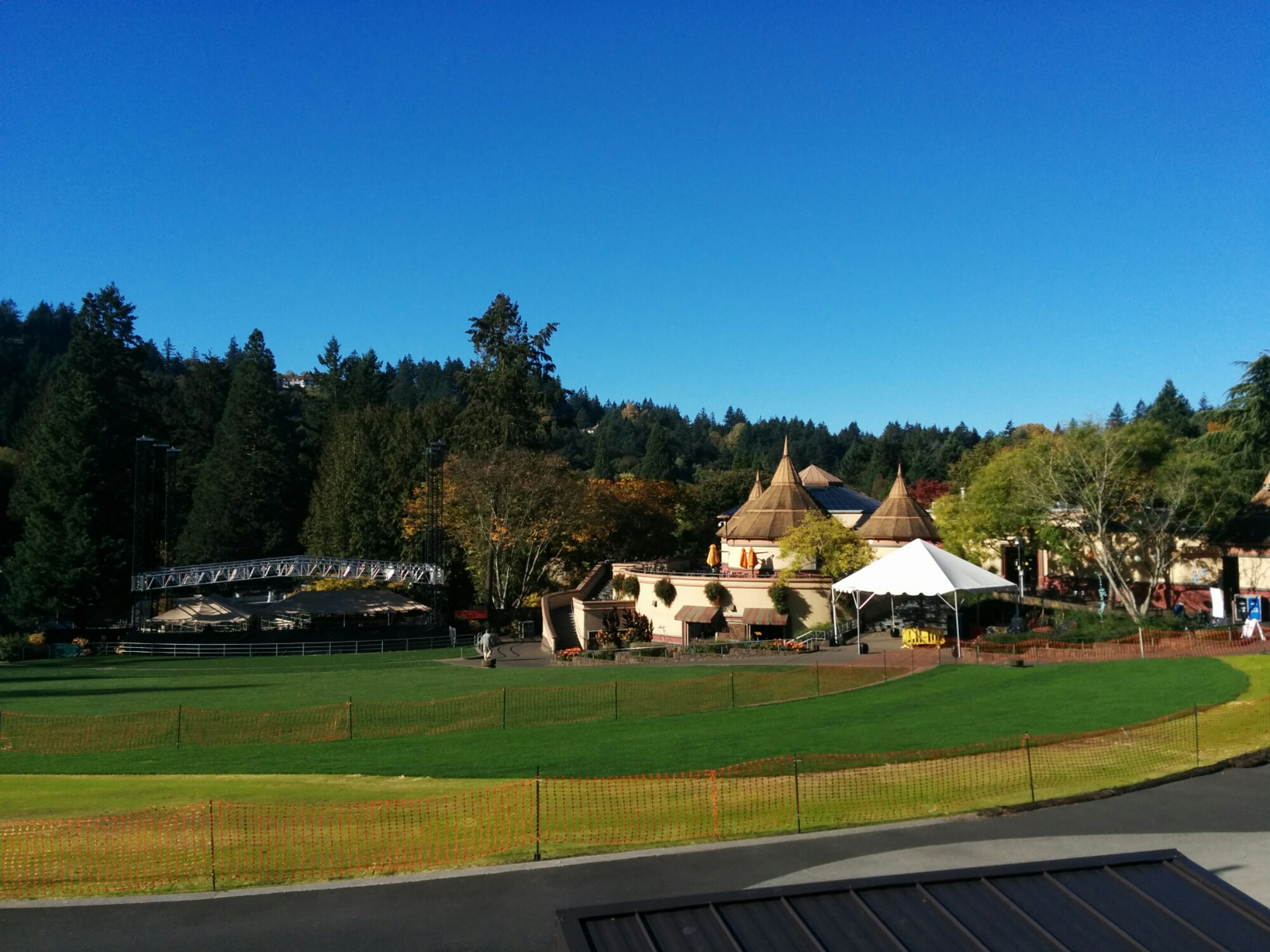 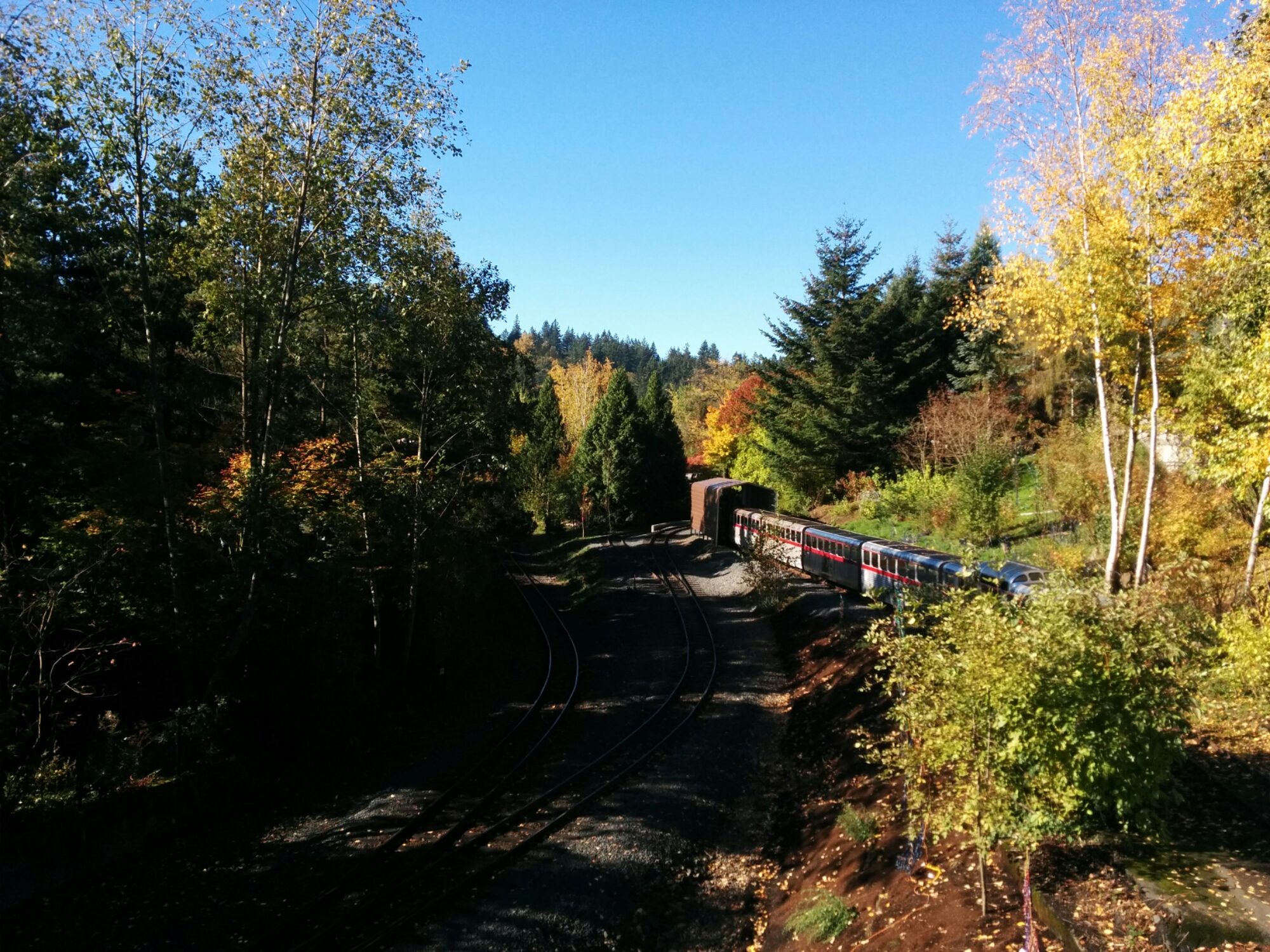