A weekend in Phoenix is upon us, an early Saturday morning flight.  With all the snow and ice, driving at 3:30am would be a dicey proposition, so we decided to go via public transportation and stay overnight at a nearby hotel.

We set off towards the Elmonica MAX station, walking carefully upon the crunchy snow and slicked over ice.  A normal eighteen minute walk took us twenty eight minutes.  However, when we arrived to the MAX station, it was but a two minute wait for our train!  We rode until Gateway TC, then made the short walk to Izzy’s Pizza, where I had my free birthday meal!

Our simple plan was to then cross the street and take the scheduled 4:04pm bus #87, which would travel down 102nd down to Airport Way, and then we would get off and check into our hotel, perhaps as late as 4:20pm.  However, we waited at that cold and windy bus stop for fifteen minutes, and still no sign.  More distressing was that the TriMet transit tracker didn’t even display bus #87 — almost like it was cancelled or something.  I called TriMet, and after a lengthy wait, was able to speak to a rep, who told me that it was definitely behind schedule, but she couldn’t ascertain where exactly it was.  So it could be two minutes, it could be an hour.

We were pretty cold, so I decided that we walk back to Gateway TC and take the MAX Red Line to the airport, and from there we would call the hotel shuttle to come pick us up.  Well, wouldn’t you know it — as soon as we arrived at the transit center, there we see bus #87 pulling up close its doors and start the process for leaving.  I attempted to get the driver’s attention by jogging close and waving my hands — but he was in front and already in the process of leaving.  And so we were left behind.  It was another grueling fifteen minutes of waiting for our Red line MAX, which finally came and of course was crowded to capacity.  We managed to finagle our way inside, standing for the fifteen minute ride into the airport, where we waited another ten minutes before our hotel shuttle came.  We were able to check into our hotel for our less than twelve hour stay, but at least we are warm and we have a soft bed to lay on, instead of the hard carpeted floors of the Portland Airport.  Now we just hope that our flight leaves on time! 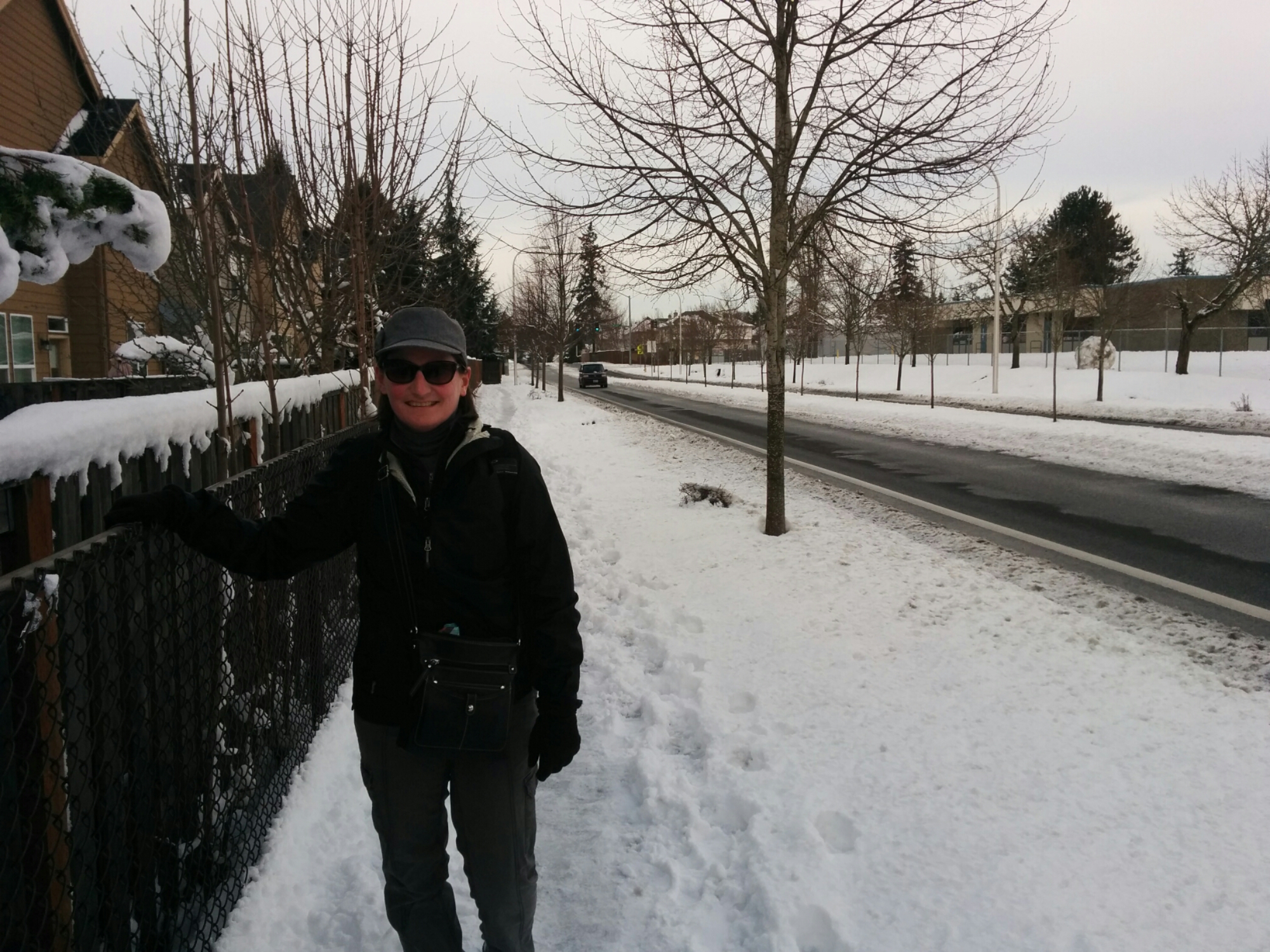