Arrived to the Everett train station at 9:40, just on time for our 9:52am departure on the Amtrak Cascades.

However, a few minutes beforehand  I received the first text notification that the train would be delayed until 11:06am.

Second text notification delayed until 11:26am.

Actual time of departure: 11:43am, almost two hours of waiting. Instead of arriving in Portland at 3:05, now this was looking closer to 5:00pm… 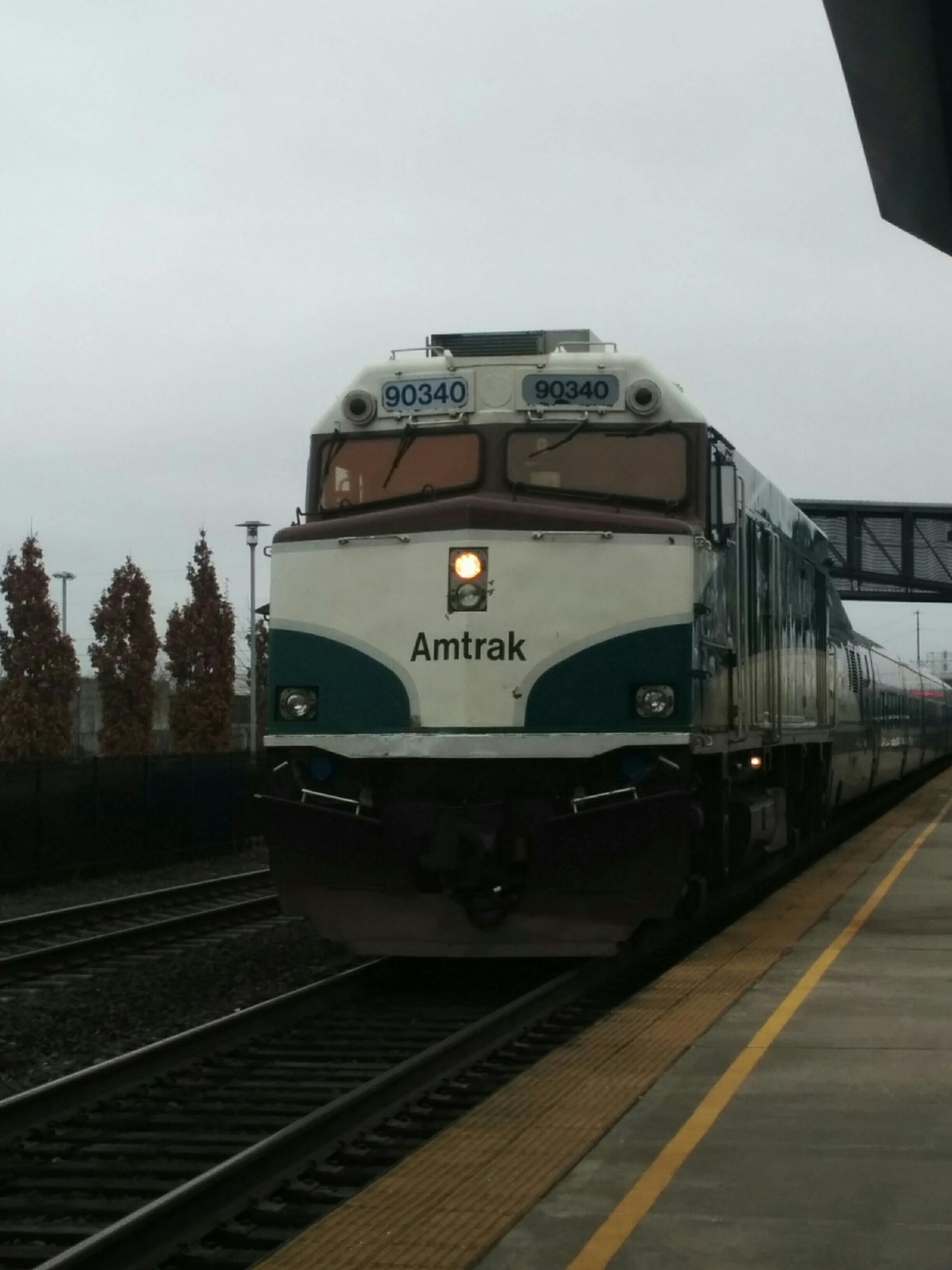 Arriving into Everett... delayed due to snow! 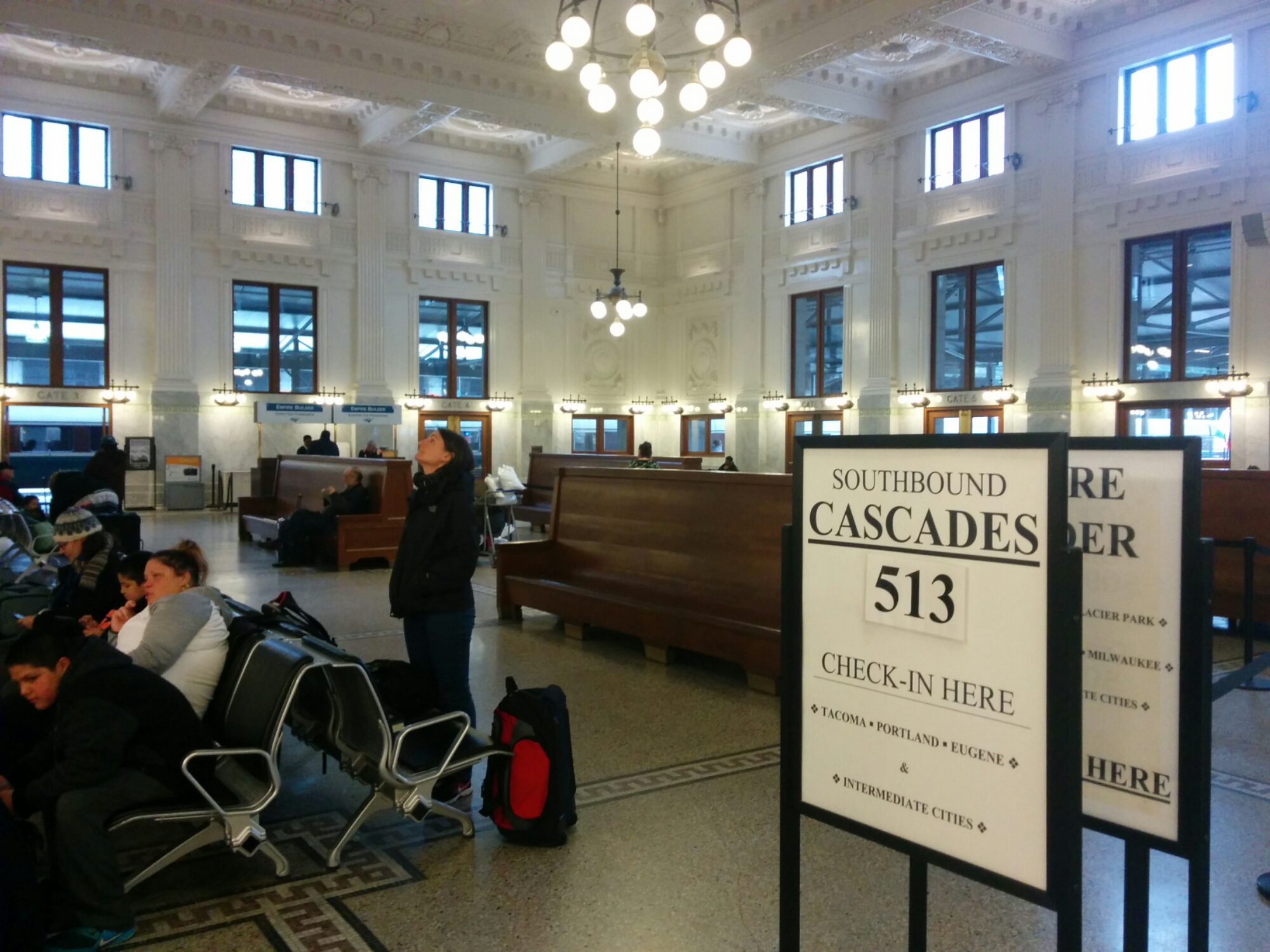 Waiting inside King Street Station.. Amtrak decided to halt our train in Seattle and continue it as a different train number, departing at 2:10pm. 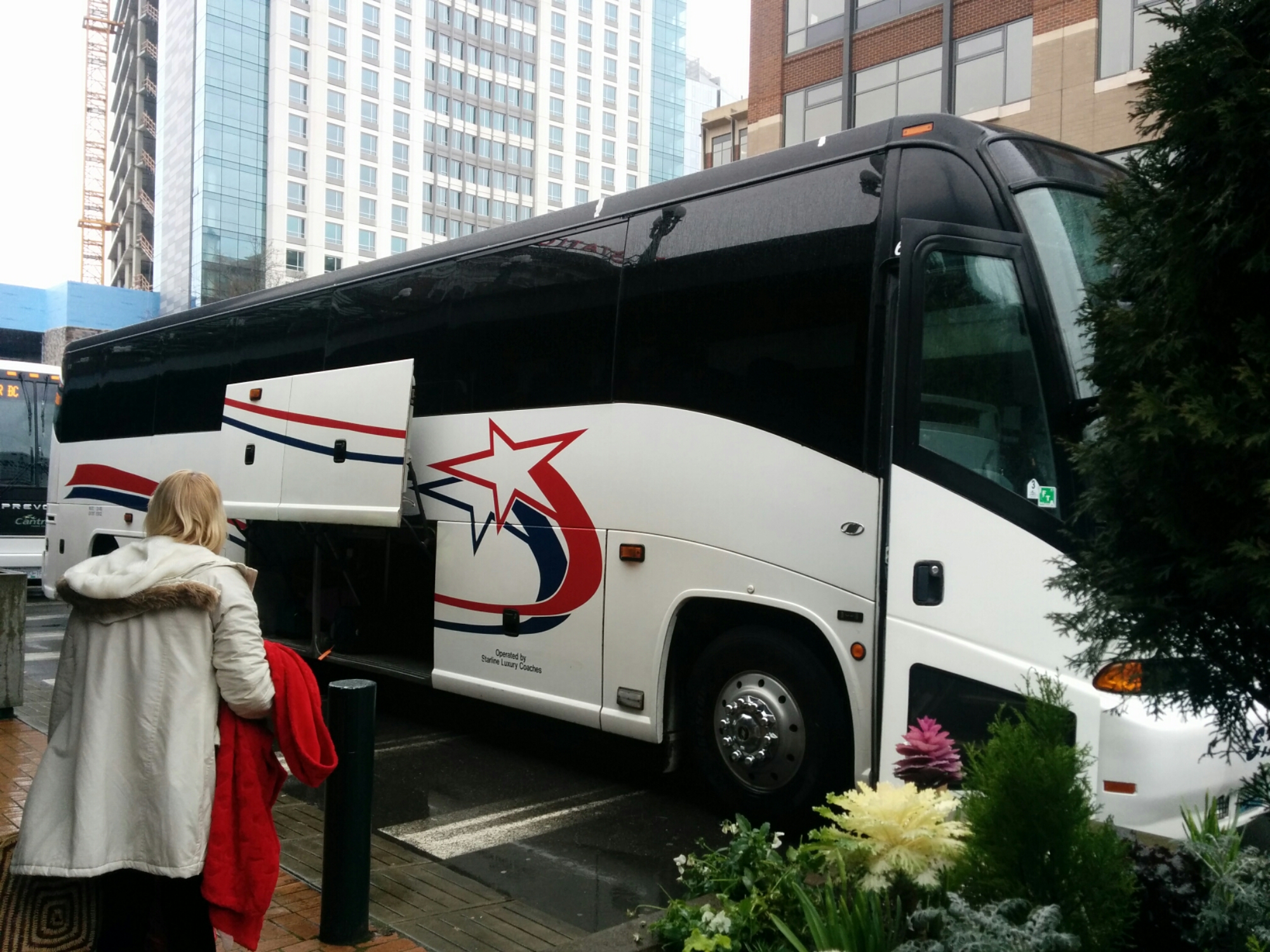 For Portland bound passengers inconvenienced by this new time schedule (arriving around 6pm), Amtrak offered an alternative... this bus, which they said would leave around 1pm and get us into Portland by 4pm

But the bus didn't leave until 1:30pm, and then we got the snow 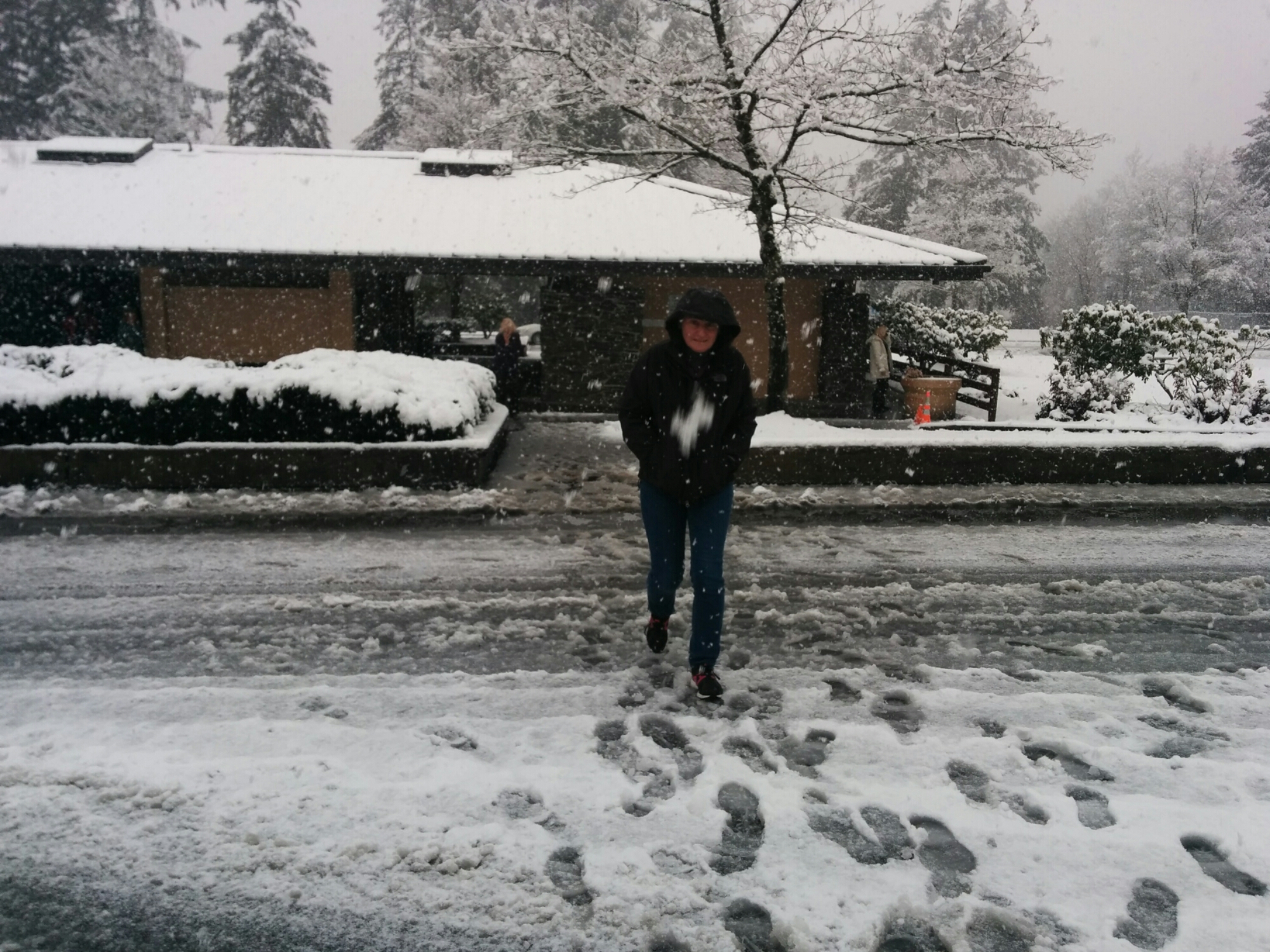 The snow was slushy so it was slow going

It was heaviest around Centralia, when the road was reduced to one lane.

After almost 8 hours on transit, we finally made it to Portland by 5pm