It’s the desert.  It’s hot.  There are theme parks everywhere.  And that includes water parks.  So of course we had to do a water park!  There are two in Dubai — the Atlantis AquaVenture and Wild Wadi.  We had the Entertainer savings app and it includes a 2-for-1 admission for Wild Wadi, so we decided to go with that one.

Bad:  it is quite a distance from our hotel.
Good:  the public bus stops in front of our hotel and takes us all the way there.
Bad:  it takes almost an hour and a half.
Good:  we’re on vacation!

We woke up early, hit the breakfast buffet, and were on the bus by 8:30am.  However, twenty minutes later we had barely even moved one mile because the traffic in the city is so congested.  Apparently this slow down is built into the bus schedule, because we arrived to our bus stop around the time it was scheduled.  It was just a short walk to the entrance and we arrived ten minutes before opening.  Once the gates opened, we purchased our tickets ($75 per person, but the second free), stuffed our belongings into the overpriced locker ($13) and sought out the rides.

I started with the scariest one they offer — the Jumeirah Sceirah — but on my first attempt I was turned back because they do not allow eye glasses on the ride.  So I hiked back down to Lisa (she refused to ride this one) at the ride’s exit and gave her my glasses.  Then it was back up and up and up to the top.  Hard to see with no glasses.  But I could see that there was no line.  Just me and the ride.  No hesitation.  Okay, a little hesitation.  You see, the ride begins in a tube that you enter through a door.  The door closes as you stand, arms crossed, and then there is a audible countdown … 3 … 2 … 1.   Next thing you know a flap in the floor opens up and you fall straight down going 50 miles an hour, down down down and down to the bottom, a ten second ride of terror.  But I survived.  Lisa could have too, but she still refused to try it out.

The rest of our day consisted of trying out the different rides and just having a good time.  Lines were minimal for the first hour and our longest wait was maybe ten minutes.  By the time we decided to take a break at 1:00pm, the lines were just too much to take.  We lounged, napped, dried out and finally left just after 2pm.  Yeah, we were there for only four hours, but we rode most of the rides and were not interested in fighting the crowds to wait and ride again.  We were good to go.

Overall, Wild Wadi is a great water park with some innovative rides.  It is small and compact enough to not get lost, yet it still manages to pack in all the action.  Plus the view of the Burj Al Arab, the world’s only seven-star hotel, makes for some awesome photos.  Though $75 per person is a little steep, having the two-for-one coupon really helped absorb the cost of that overpriced locker.  Well, many things are expensive in Dubai, so we can’t really complain.  We had a lot of fun and that is the bottom line! 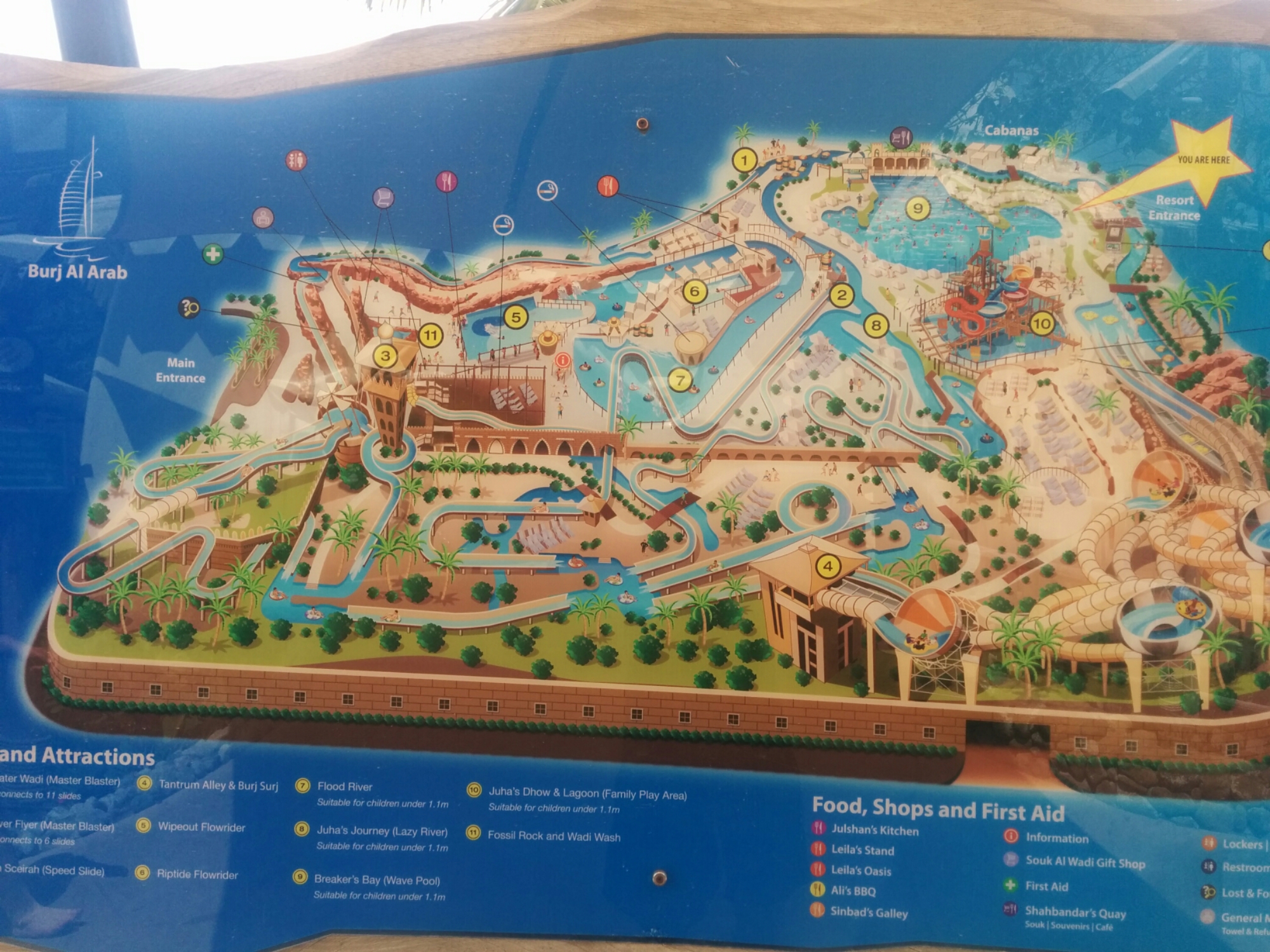 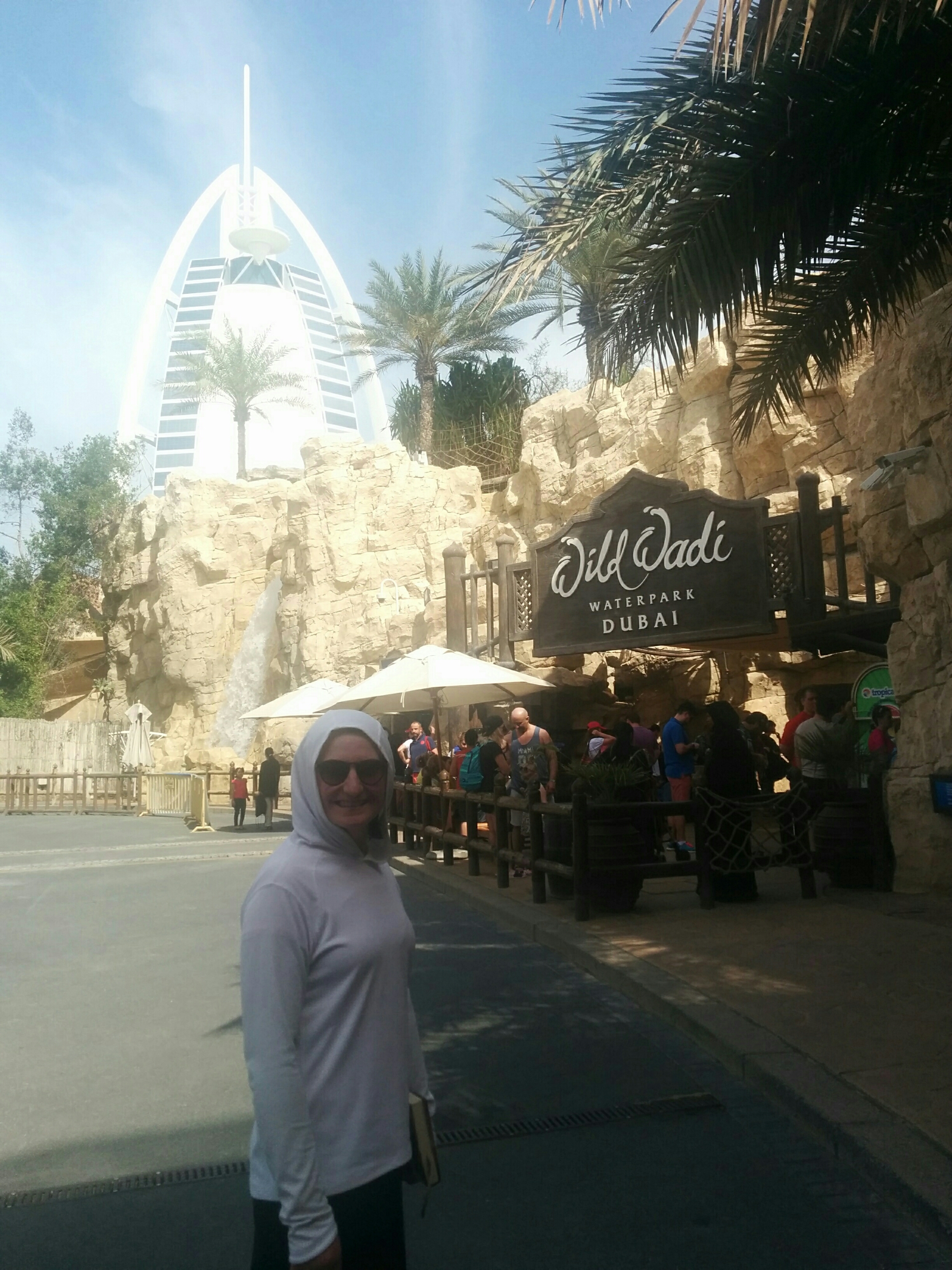 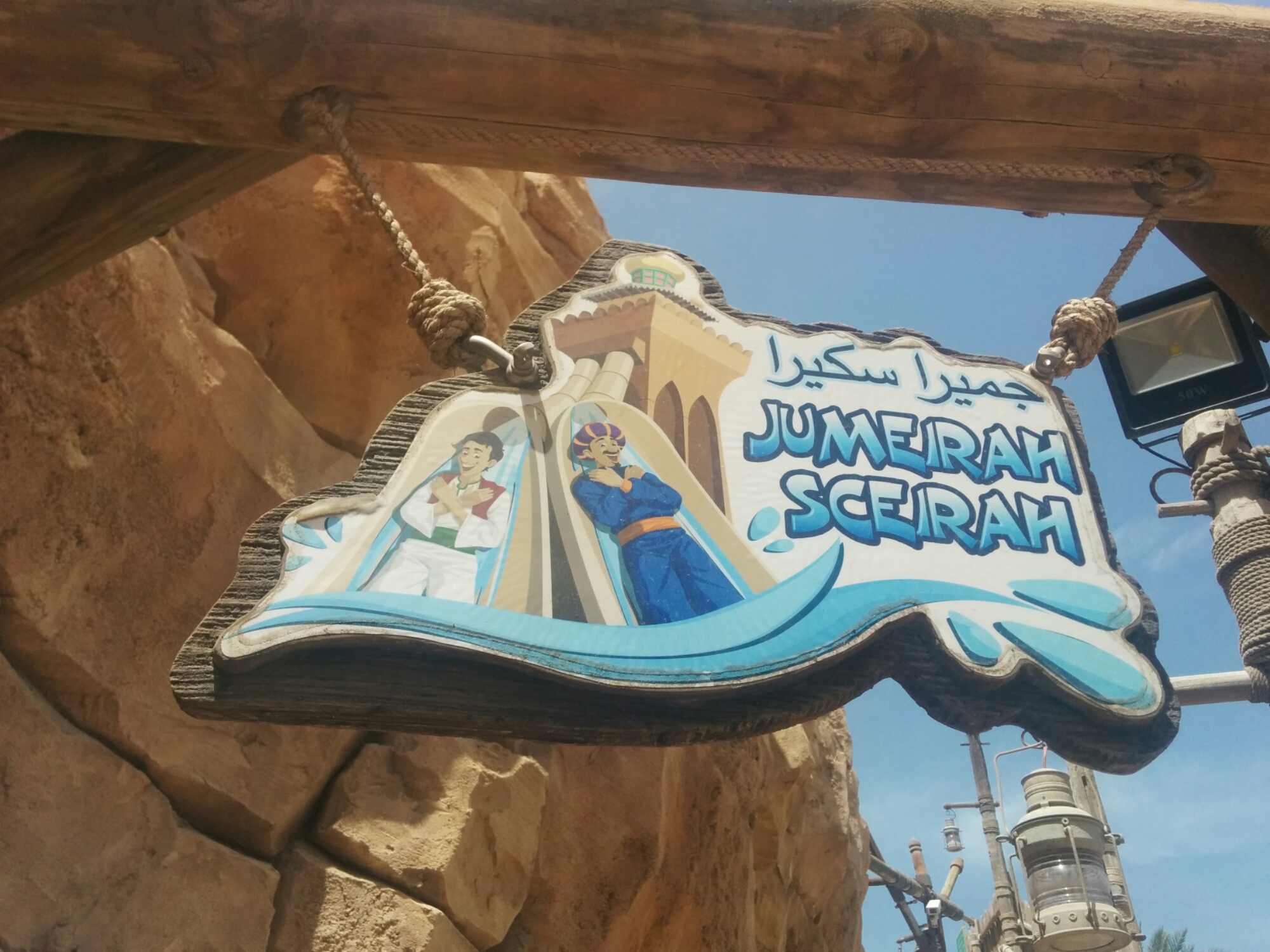 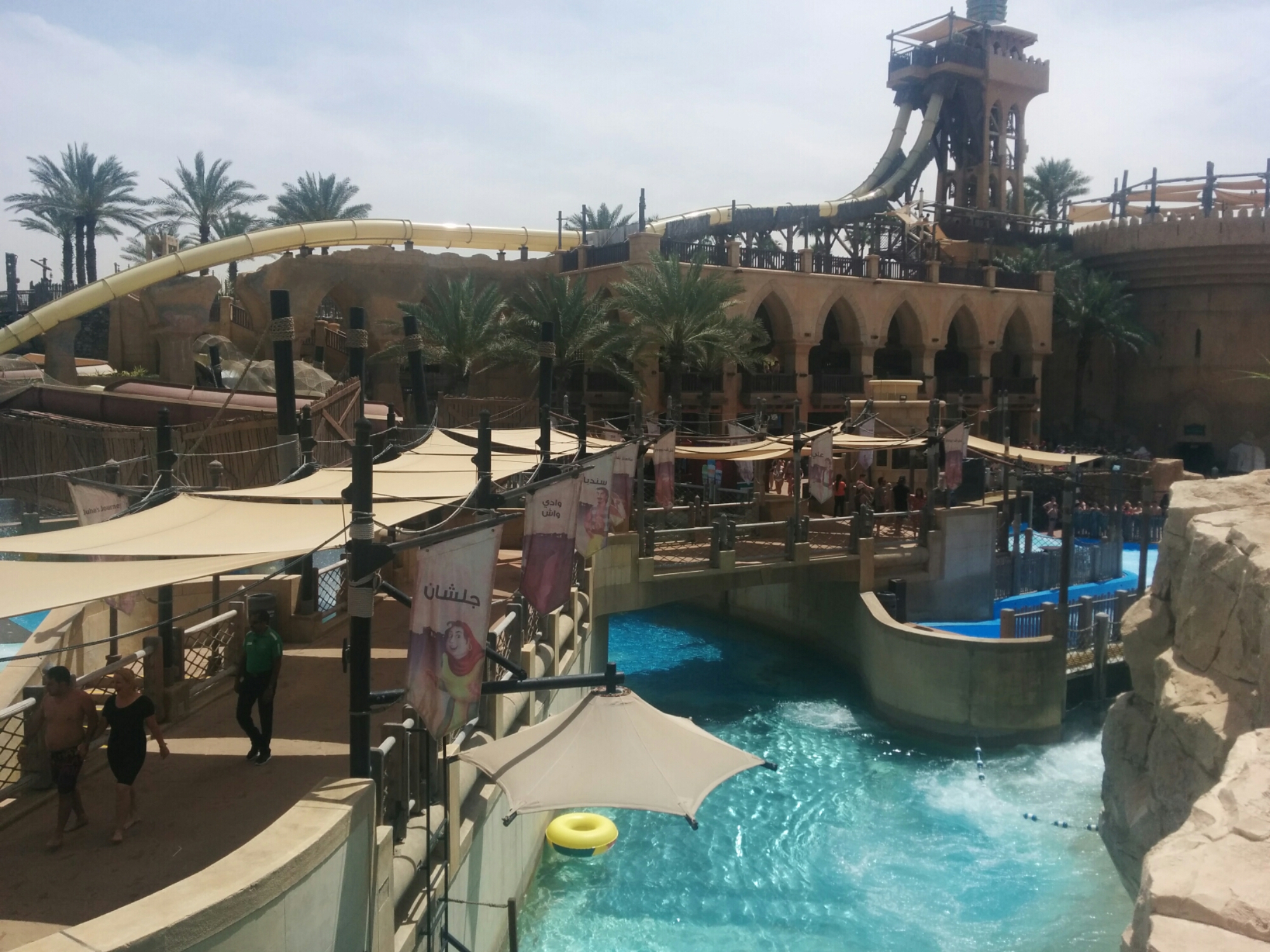 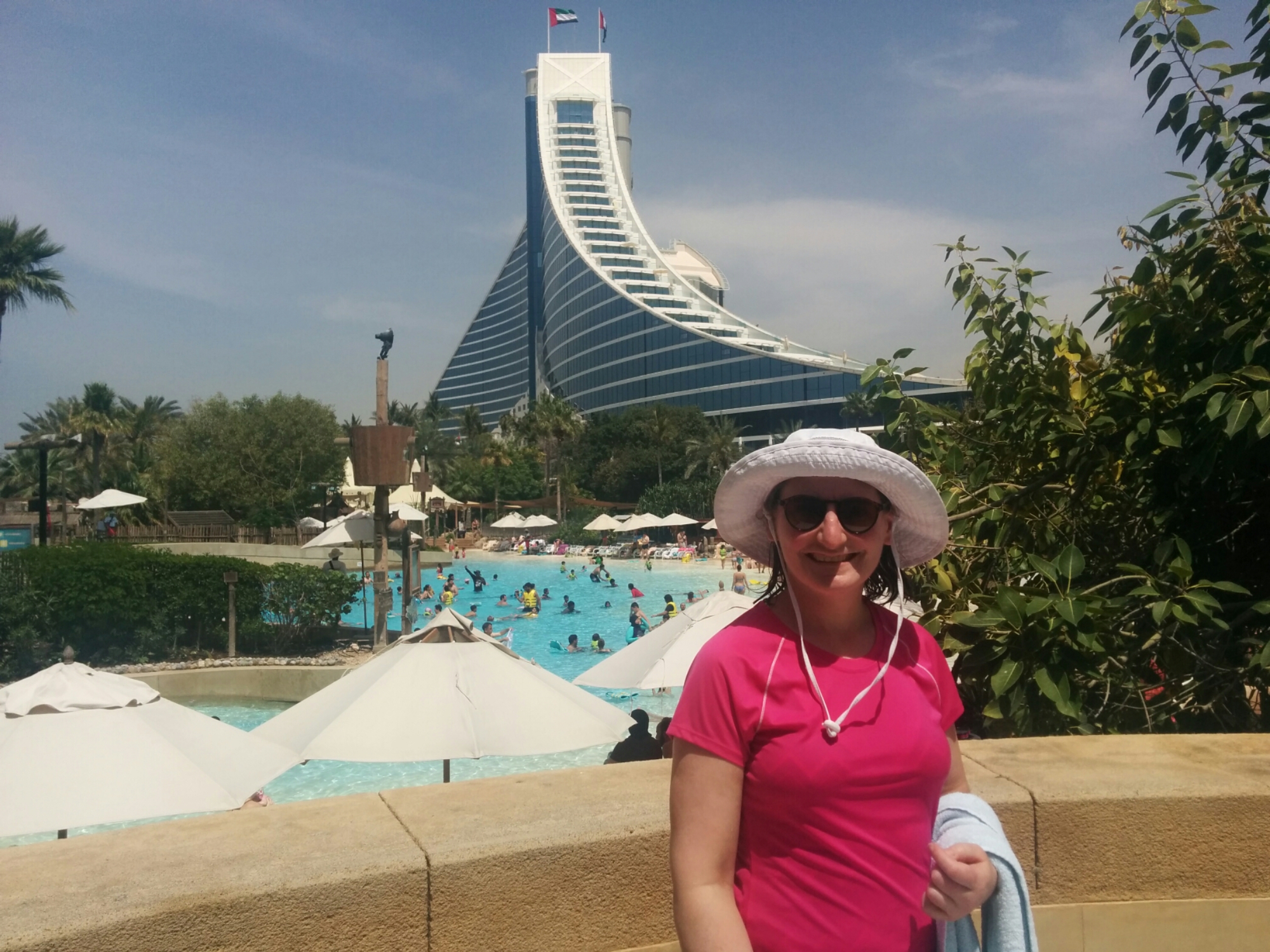 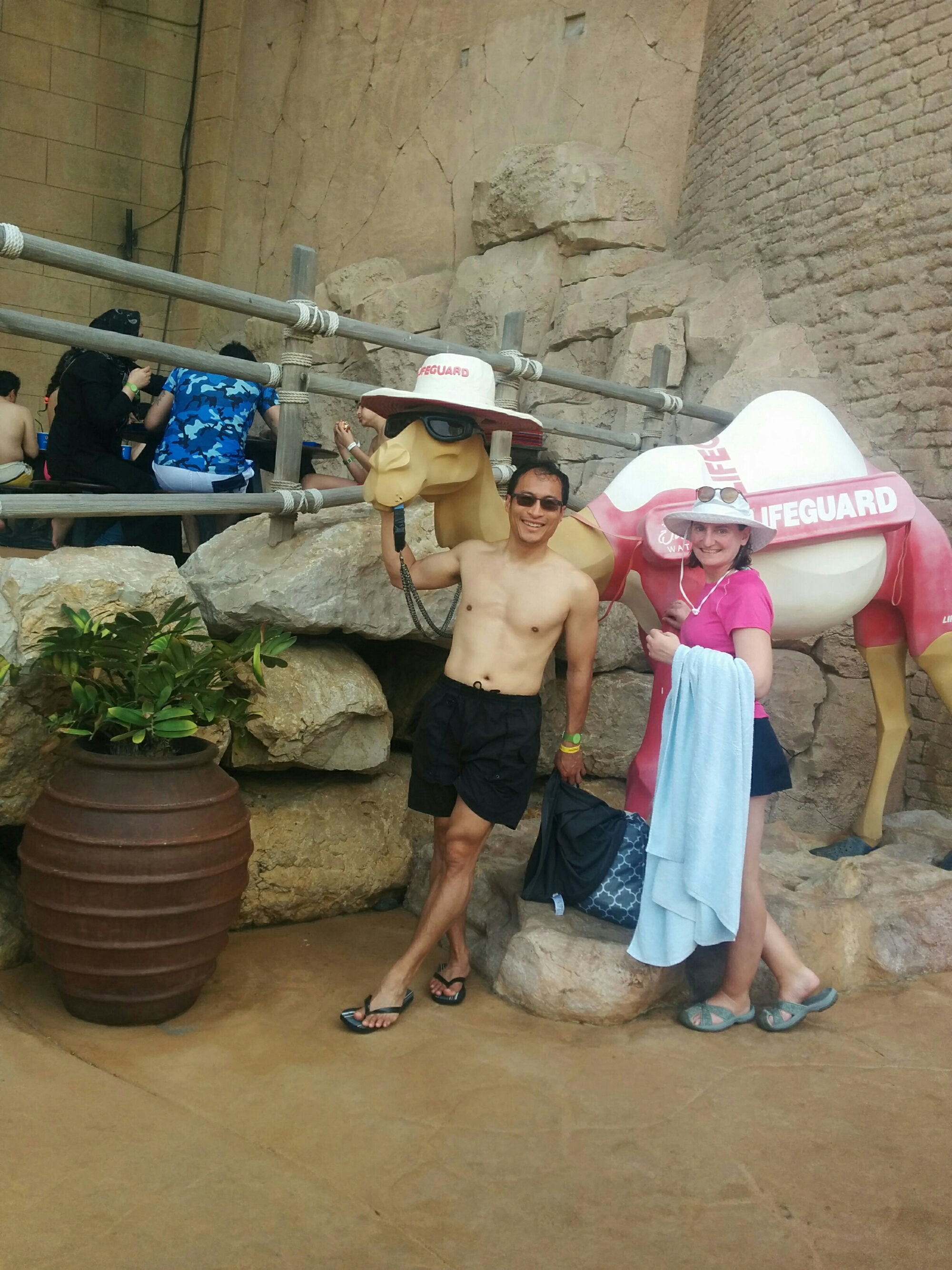