When in Dubai, one must Desert Safari…
Just like in Hawaii, a favorite activity on the must-do list for any visitor is to take in a luau.  Yeah sure, it is a touristy kind of show, but people enjoy it and the local outfits offering this activity have been successful at marketing this and creating the demand that there are shows pretty much every night all throughout the year.  The Dubai Desert Safari therefore is along the same vein — a touristy show that is pretty well received and very popular to the point that it is actually pretty inexpensive for what you pay and what you get.  Here is a quick run down of our Desert Safari Tour…

The Desert Safari tour is offered by a lot of companies.  There are probably thirty or more that offer this tour, but in reading some TripAdvisor reviews it is sometimes hard to figure out those that are brokers vs those that actually conduct the tours.  Since there are so many companies competing for the tourists, in turn there are lot of discounted tickets and deals to be had.  Normal prices per person range from $50 – $100, but with Groupons and other deals available, the cost can come to between $25 – $50 for a normal tour.  However, you get what you pay for — the reviews I read for the lower cost tours were not very favorable, so the sweet spot seems to be tours that regularly cost around $75 – $100.  With that in mind, we were able to find a tour in our Entertainer app that offered a two-for-one discount.

The name of the company is Arabian Expedition and I booked the tour the day before.  The TripAdvisor reviews were favorable and their charge was 300AED — around $85 per person.  They told us to be ready in our hotel lobby around 2:30pm, and sure enough we were promptly met by our tour guide at 2:30pm.  Our ride was a Toyota Land Cruiser with seating for six.  We were the first pick up; the second pick up was just down the street and it was a family of four from Iran…

2:45pm left the second hotel and headed for the desert.

3:50pm arrival at the Quad Park

4:40pm back into the Land Cruisers for Dune Bashing — driving up and down the dunes with a few stops for photos

6:10pm arrival into the desert camp

8:20pm Safari tour over, time to pack out

8:30pm left the camp and headed back towards the city

As you can see, it is only about an hour drive to get to the sand dunes and the entire affair takes around seven hours.  We had a great time and I really enjoyed the dune bashing, though all the motion and ups and downs got to Lisa at the end of our tour before the camp.  Fortunately she survived and was fine for our desert camp experience — over thirty other dune-bashing vehicles from other companies converged and there were probably about 120-150 guests there.  Later on as we drove back, I counted at least four other camps in the surrounding areas that cater to the other tour companies, so it was pretty interesting to guess how the whole set up works.

At any rate, the desert camp experience had a number of activities that were available for guests, even though we didn’t ride the camel, didn’t partake in the hookah, didn’t try the sand boarding or take pictures with the falcon.  But Lisa did get a Henna tattoo and of course we enjoyed the fire dancer, the traditional spinning dancer, and the belly dancing.  The food wasn’t gourmet by any means, but it was tasty and there was plenty to go around — naan, tomatoes, cucumbers, tabbouleh, corn salad, hummus, white rice, dhal, bean/lentil stew, pasta ziti shells with tomato sauce, beef burger patty, lamb chops and BBQ chicken.  Soda and water were also included, as was tea and coffee (though the latter were just packets that you added to hot water).  Oh, and there was baklava for dessert.  It cooled down a little bit in the evening, but my T-shirt and pants were good enough to keep me warm, plus it probably helped that there wasn’t much of a wind.  Here are some photos of our afternoon and evening on the Desert Safari Tour…

First stop was this developed Quad park, where you could rent various Quads for an extra fee. You got increments of 20 minutes, but I forgot how much the charge was.

The equipment appeared well-taken care of and there were a lot of employees to provide a good ratio of staff to customers. While we were there, I counted at least ten people who paid the extra money to ride the quads.

These were the vehicles we used to ride the dunes 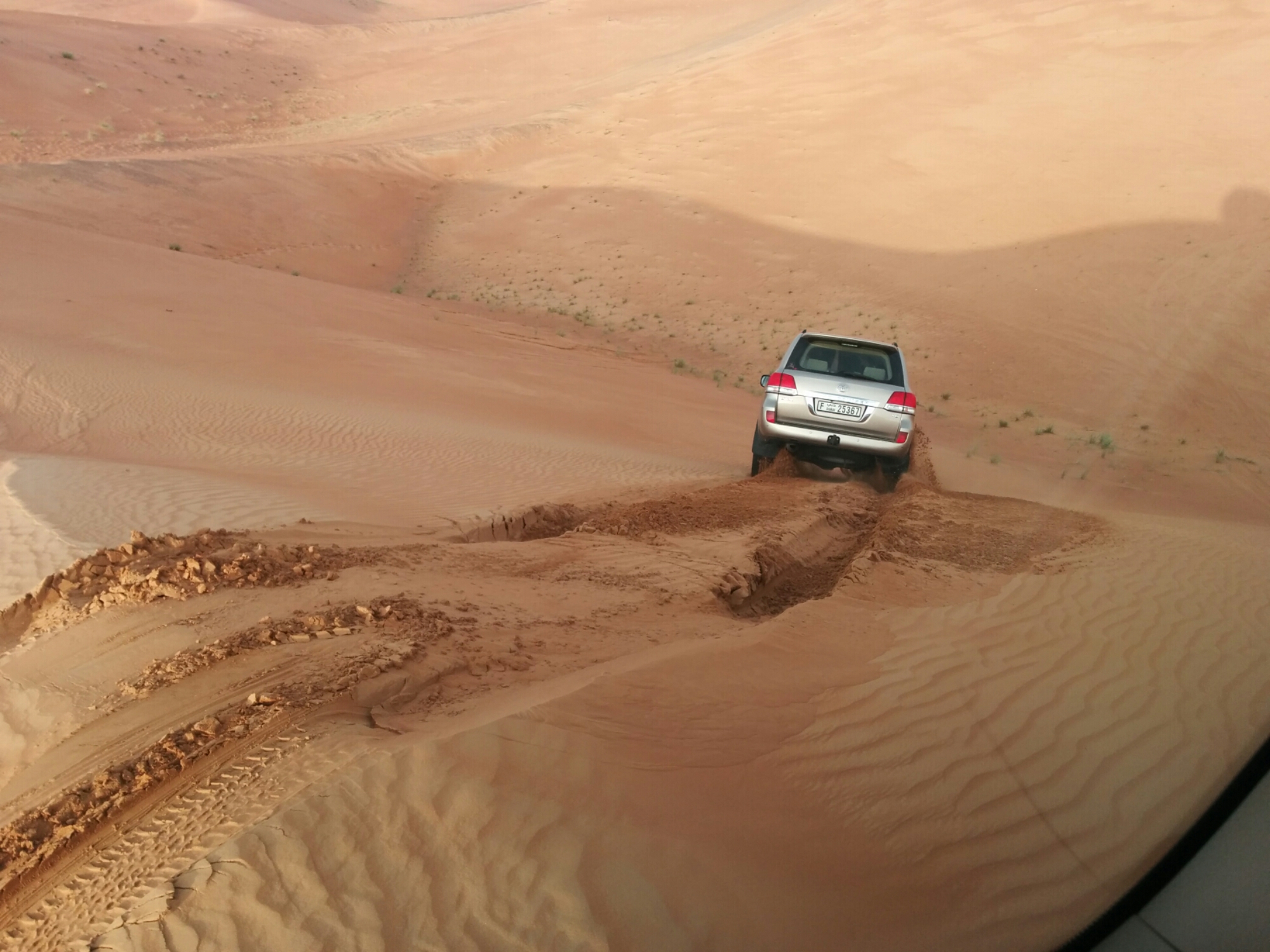 I was surprised at how smooth the ride was — felt like a roller coaster at times, but our driver was very safe and in control 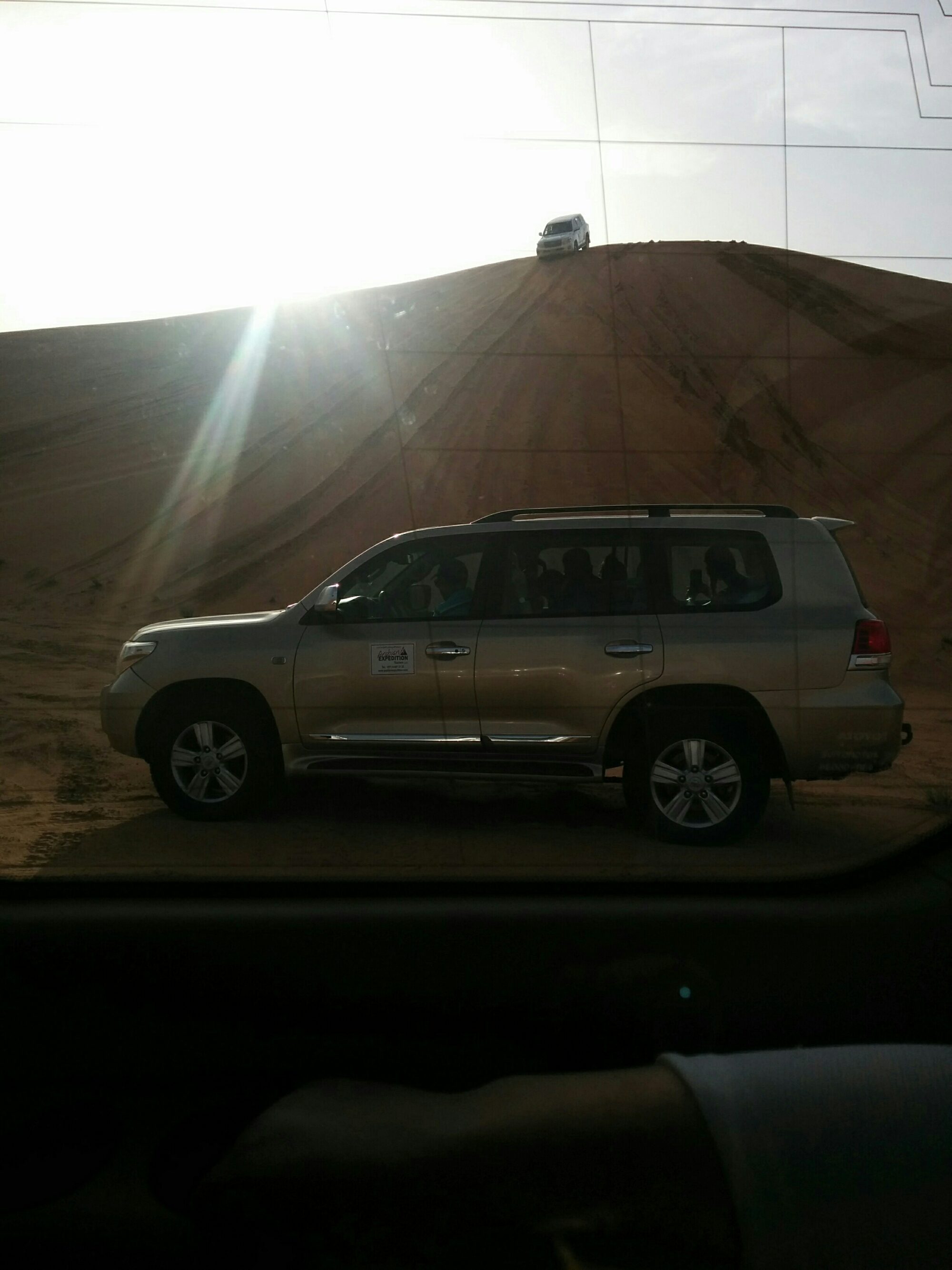 With stops for photos and to visit some camels, the total Dune Bashing time was around 90 minutes — but this may have been too long for one passenger in another vehicle, who had to exit because she threw up and needed to just sit still at the side of the road for a few minutes (and to clean up, too) 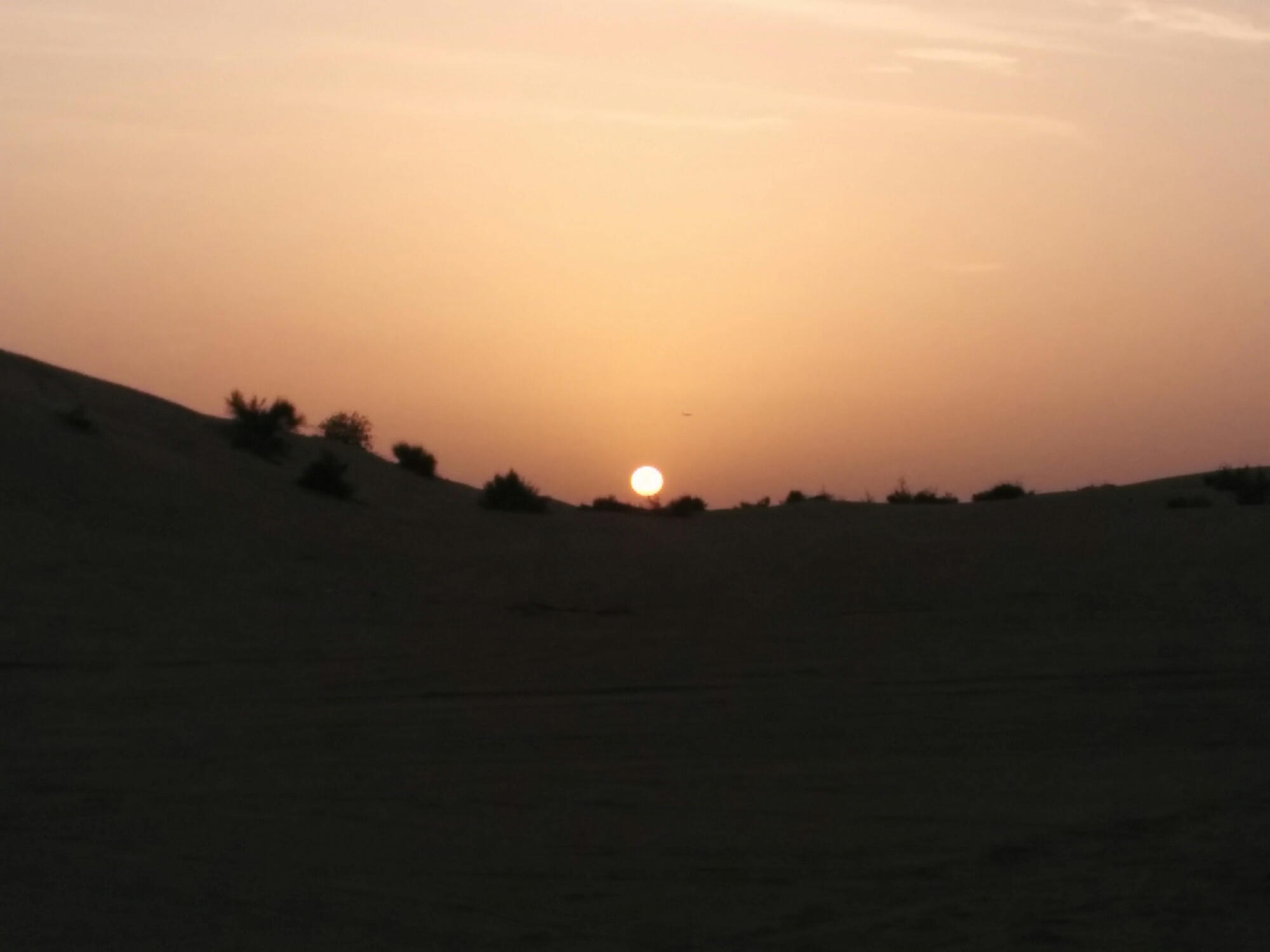 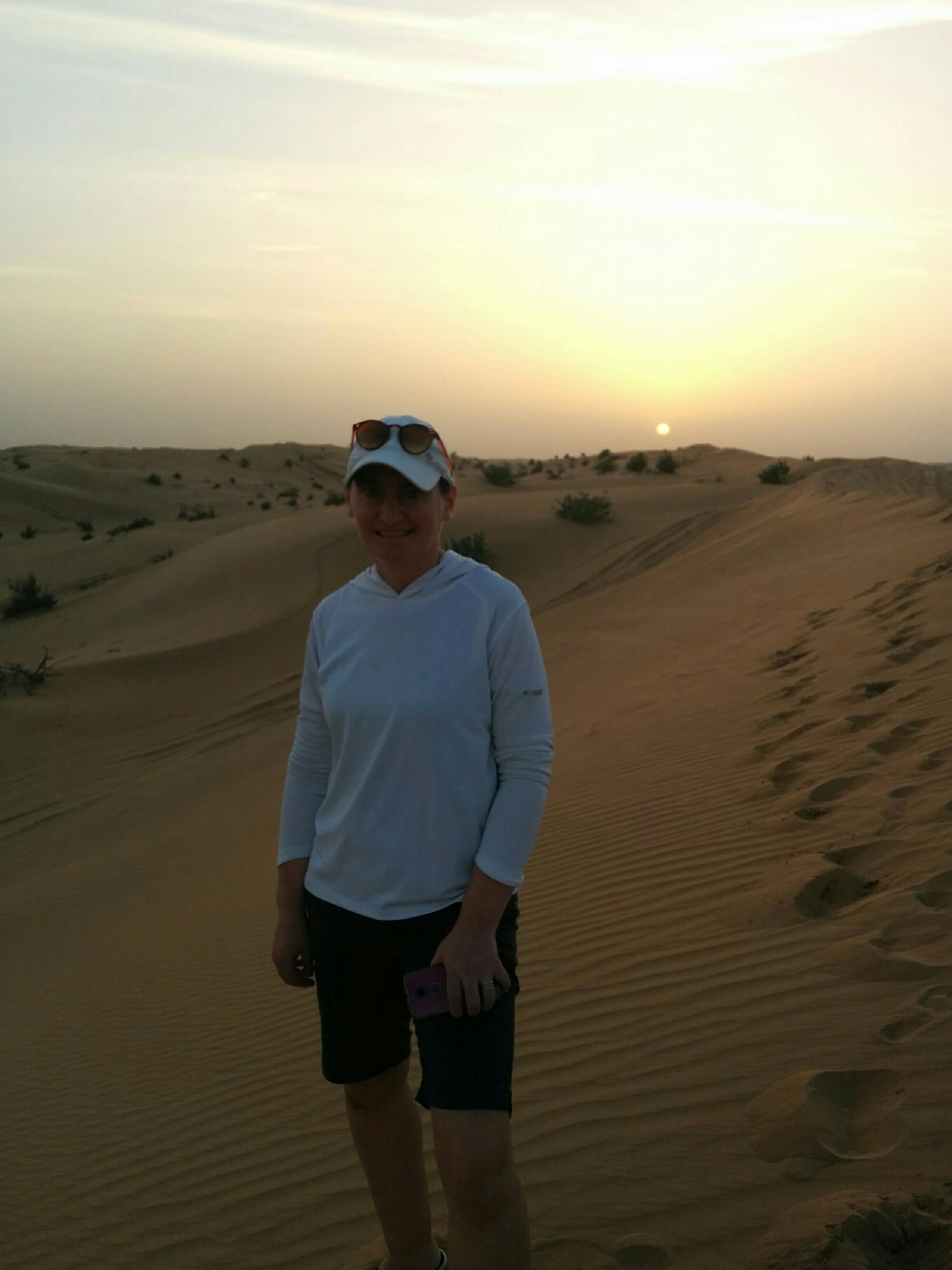