We took a day trip from Florence to Bologna, which is considered by many to be the culinary capital of Italy.  We rode the “slow” train because it was slightly cheaper, leaving at 8:30am and arriving just before 10:00am.  With some suggestions from an old friend, some guidance from my Lonely Planet Italy book, and advice from a few internet sites, we made the most of our day.  Well, we tried.  It hit a high of 41 C, which converts to 105 degrees.  Yikes!  So we went pretty slowly all day long.  What was interesting is that we didn’t find any public fountains at all in Bologna, so we actually had to buy some bottled water!  Fortunately the town is known for their porticoes — basically, these are covered sidewalks.  Which meant that we were mostly in the shade and it helped some with the heat, but we were dragging and felt bogged down with the heat and the fatigue.  We spent the day walking around the historic center and visited a lot of different churches — at least ten by my count, including the fifth largest church in the world (well, by their literature anyways — it is in the top ten).  We also had the opportunity to eat handmade tortellini and their famous tagliolini al ragù, which is a hearty meat sauce over noodles.  We rode the bullet train on the return, with a journey of just about half an hour and we finished off our day with a visit to one of the highly rated gelaterias in Florence – Gelateria La Carraia.  After our hot and thirsty day we choose  the three scoop combination of Mixed Berry, Limone and Melon.  Delish! 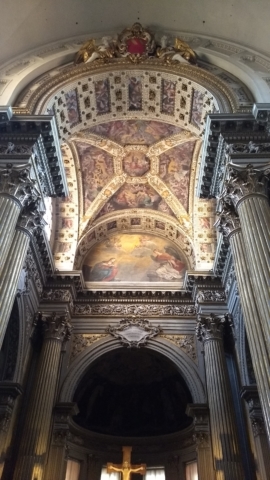 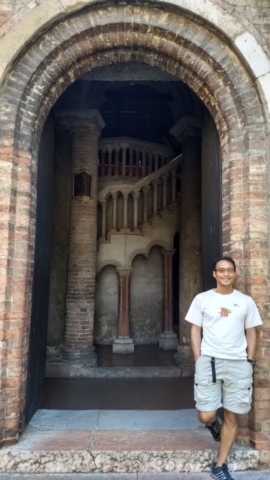 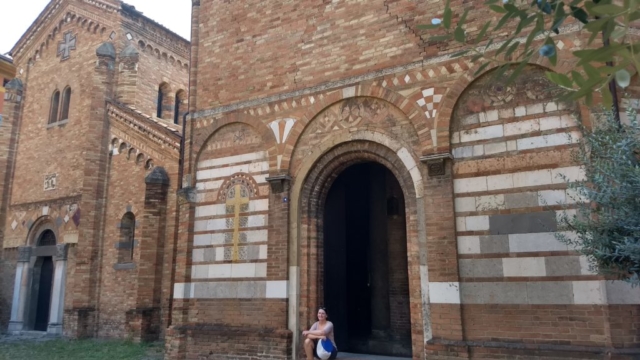 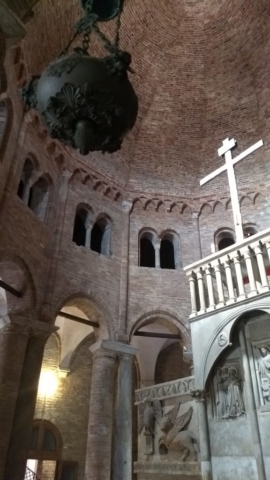 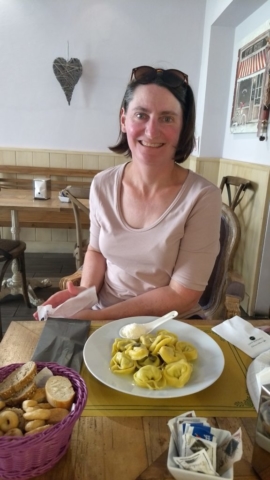 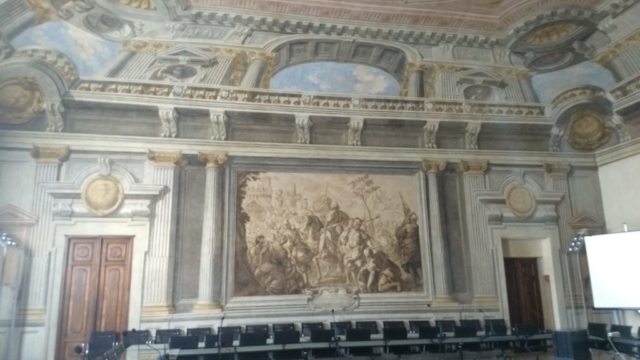 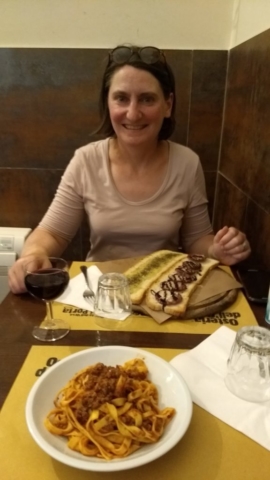