After five weeks in Italy, it is finally time to return home … well, back to the US at least.  Our flight was scheduled at 4pm and we left our hotel at 11:15am in order to walk the short mile to the train station and catch the express train to Malpesna Airport.  When we came to the Emirates Airlines check-in area, there were three lines:  one for first class/business class, one for online check-in, and one for regular passengers.  The regular passenger line was very long!  The online check in line only had a wait of two or three people.  Sure am glad I opted to do the prior online check-in, which initially I wasn’t going to do but after seeing that line, I’ll be sure to do it as often as I am able to!  We were greeted at the line by a airline employee, who asked if we were willing to give up our seats  and fly the next day in exchange for free airline tickets.  Of course we’d love to!  But logistically, we were not able to.  Our Amtrak train leaves at 3:15pm on Friday and we wouldn’t land into JFK until 7pm so we would completely miss our train.  Plus I had already made arrangements with my brother Quelen to pick us up at the airport for our original flight.  So although we would have jumped at the opportunity, it just wasn’t in the cards for us, dang it!

After check in, security clearance and customs, we headed to the lounge offered by our Priority Pass membership, a perk from our credit cards.  We lingered for almost two hours, enjoying some great chicken curry and other light snacks, before heading to the gate where we had another lengthy process that lasted for over an hour.  This was because they “randomly” selected some passengers for extra security screening, as identified by an ‘SSSS’ designation on boarding passes.  However, it seemed that at least half of the passengers had this extra security screening, so it made for a very long wait at the gate.  But once we finally got through and seated on the plane, it was a “short” nine-hour flight to JFK — short because we had plenty of entertainment options at our seat to keep us occupied.  I just pretended that I was at the movie theater for an all-day affair, but this time without having to sneak into other theaters.  I ended up watching four movies, plus enjoyed the dinner, pizza snack and complimentary drinks offered by the flight attendants.  And just like that, nine hours in the air had passed and I didn’t sleep one wink, which is exactly how I wanted to avoid my jet lag.  Mission accomplished. 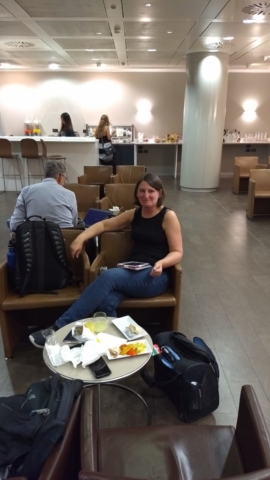 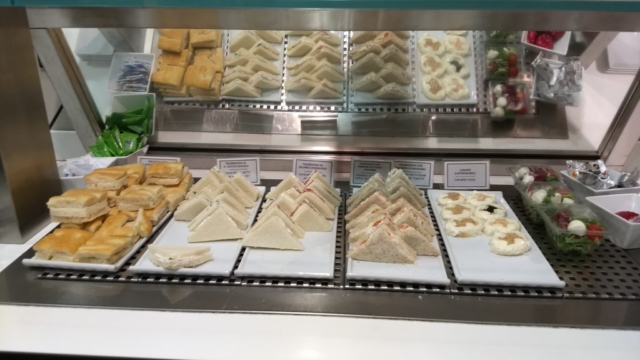