Universal Studios… Eh, been there,  done that, this will be a short day.  We’ll just take our time and get ready to return to Islands of Adventure on Saturday.  Or so I thought! 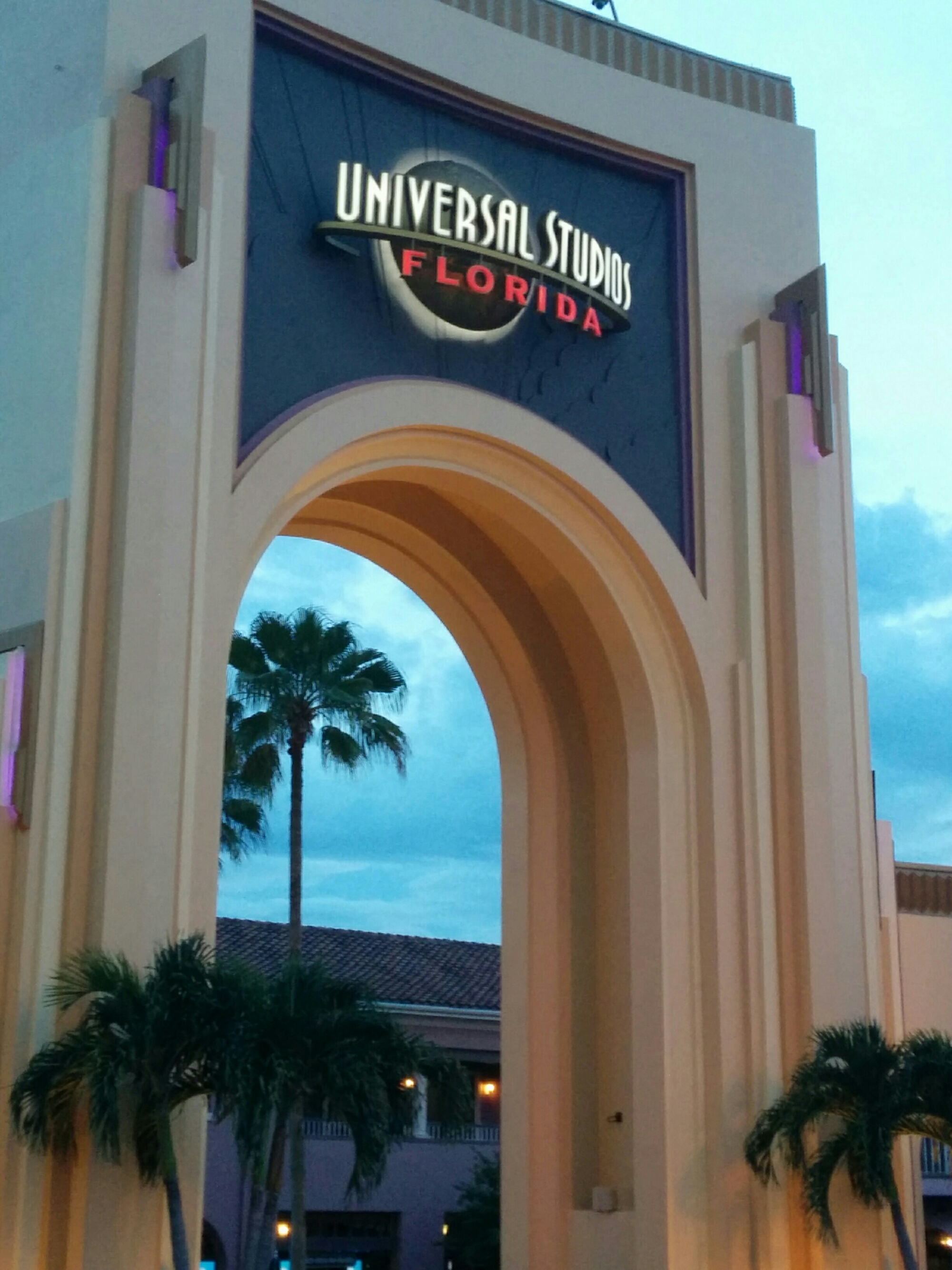 You enter and are magically transported to Diagon Alley.

One of the newest rides is a roller coaster “Escape from Gringott’s”, and as you make your way through the line you go through the bank lobby and are “greeted” by these bank tellers — just like the movie 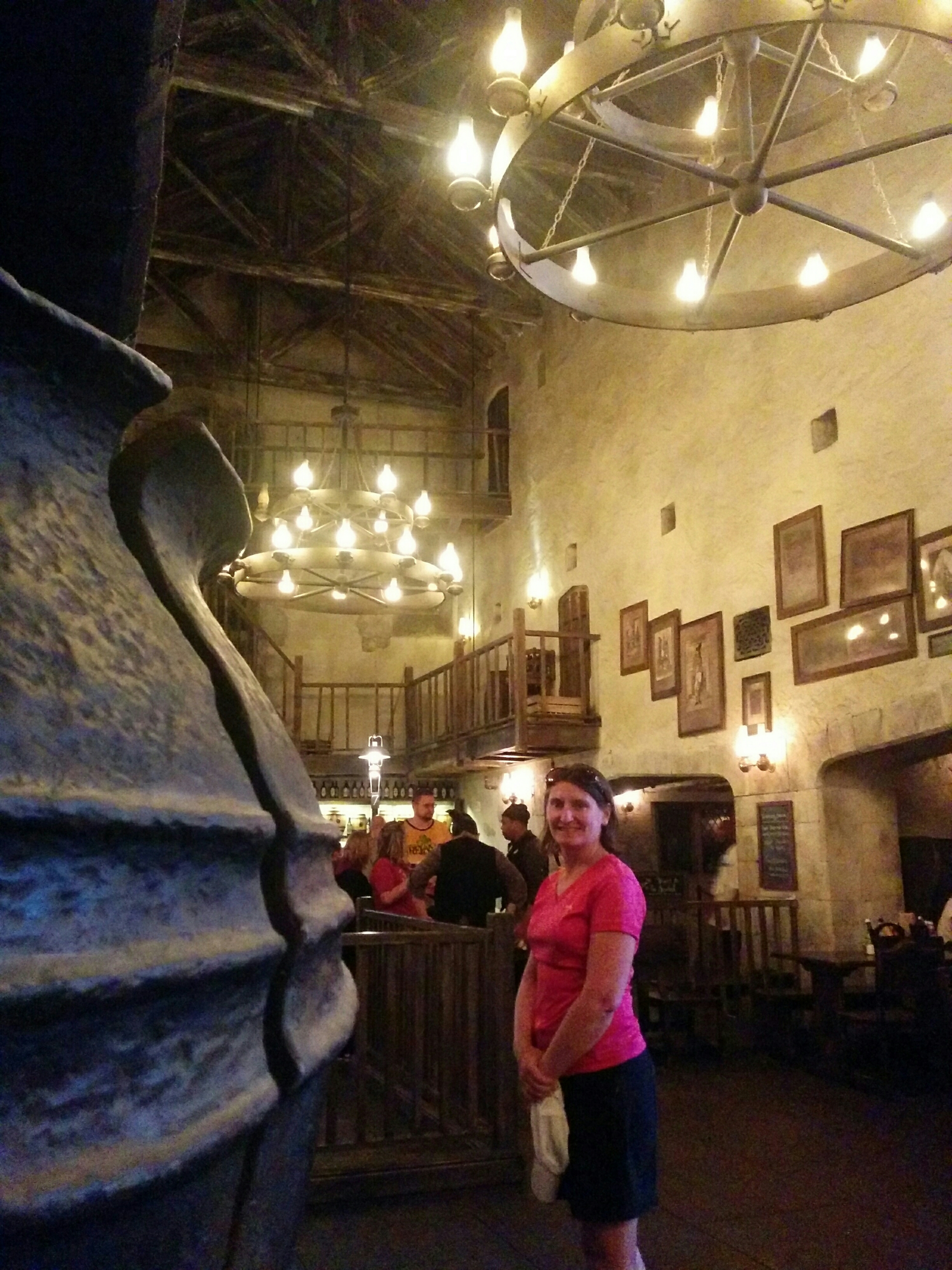 We had a late lunch at the Leaky Cauldron restaurant, and once again we were just blown away by decor and authenticity of what one might find in Harry Potter 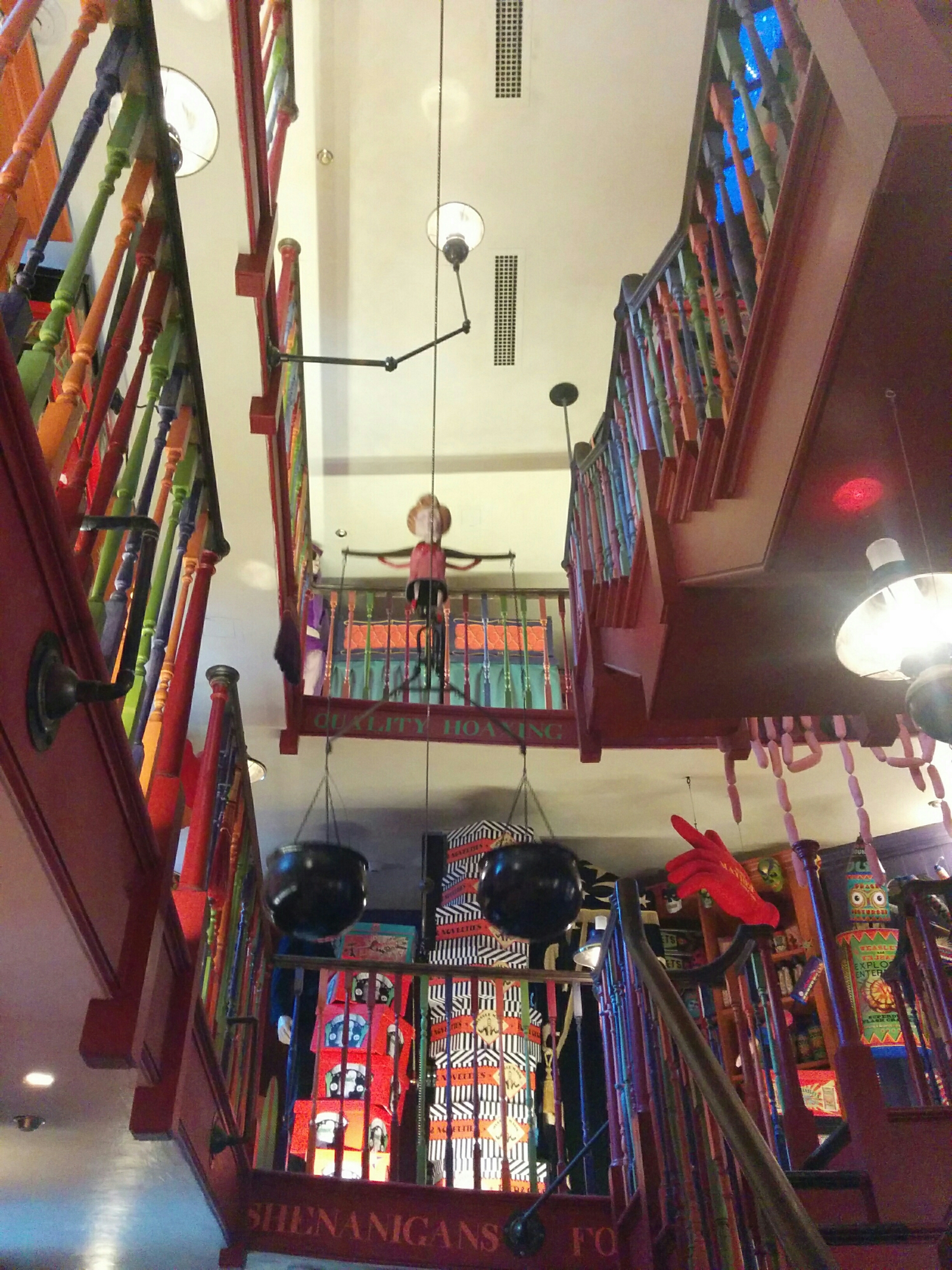 Inside one of the stores 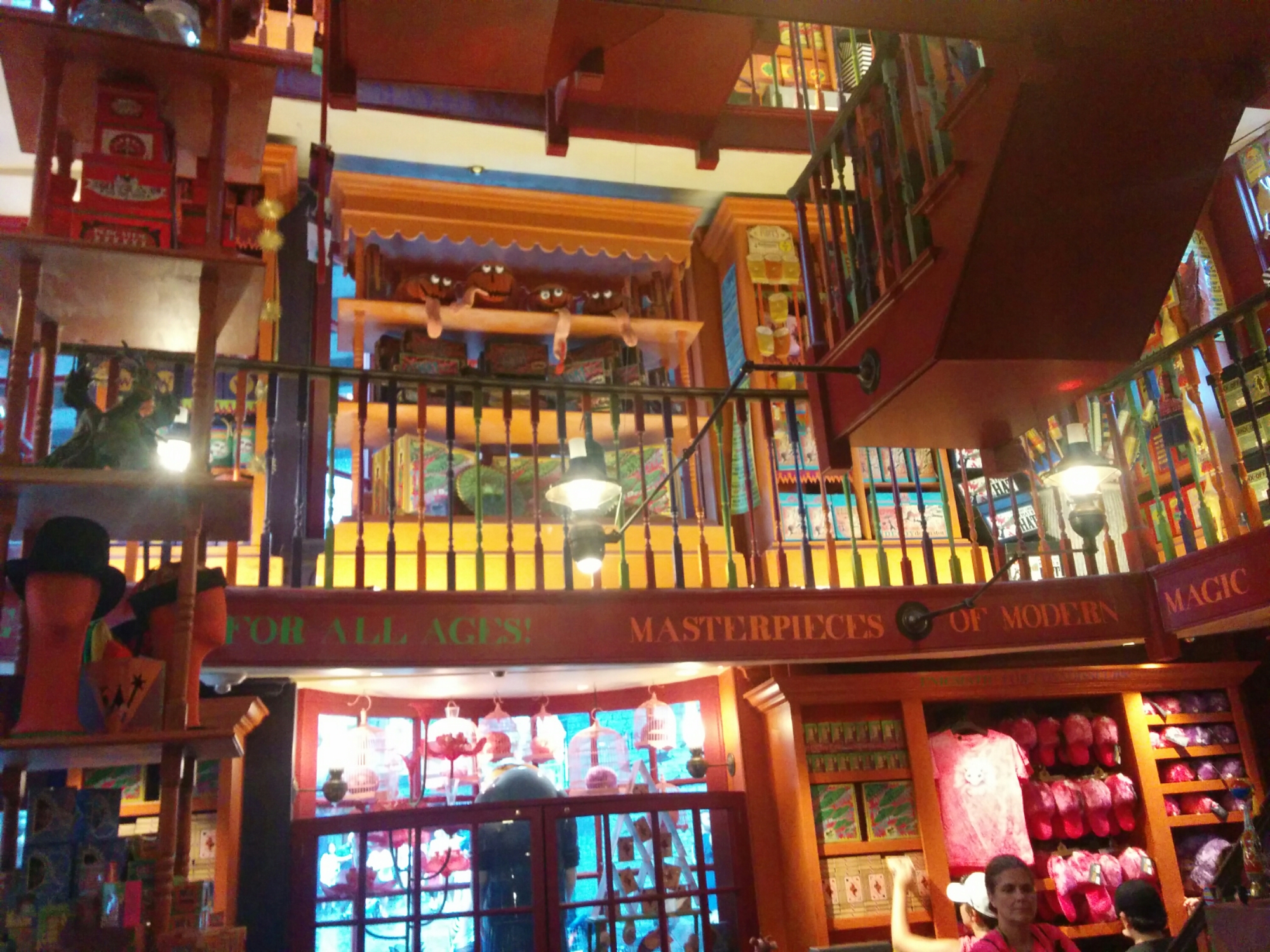 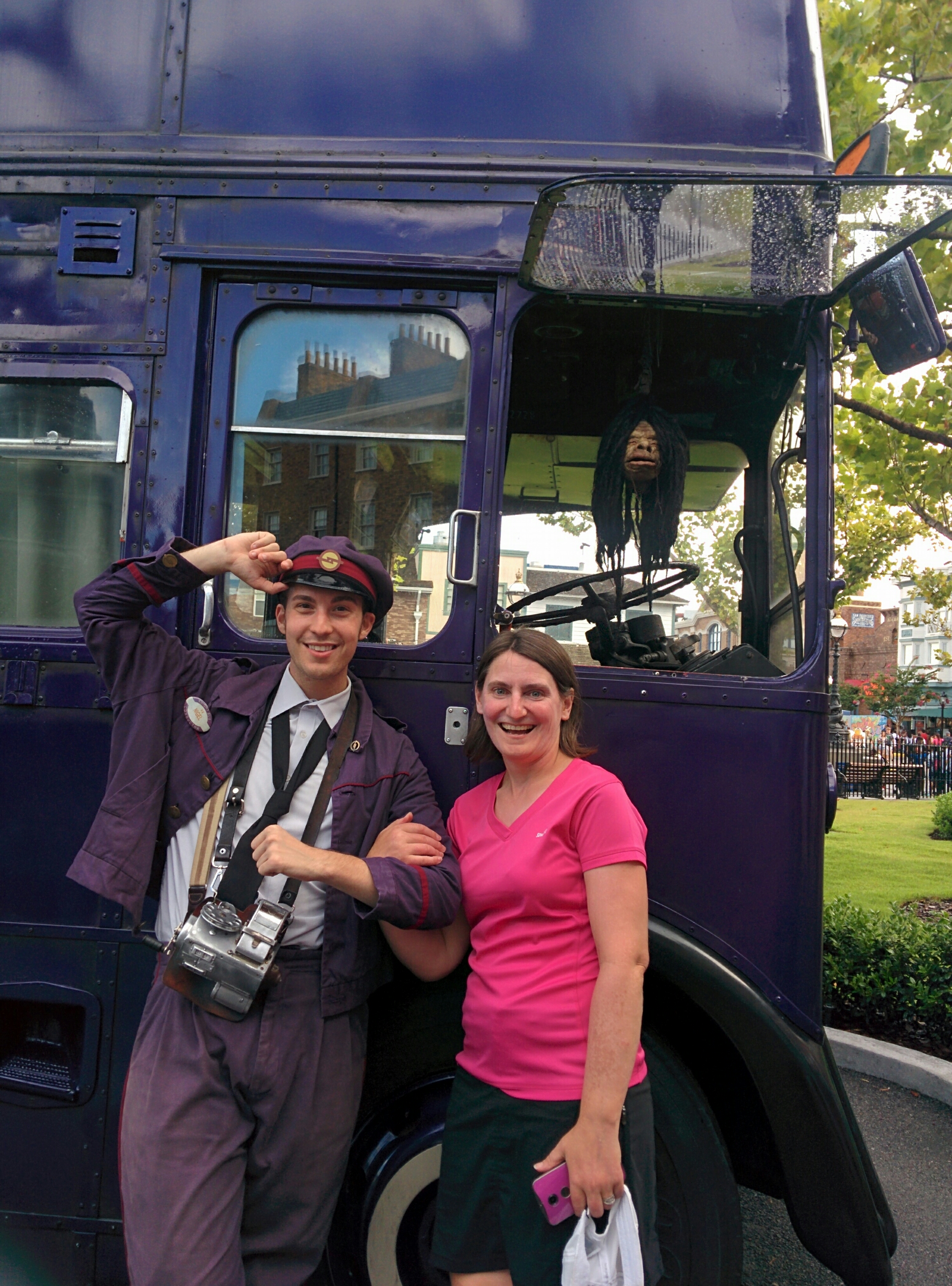 Inside the Knight bus 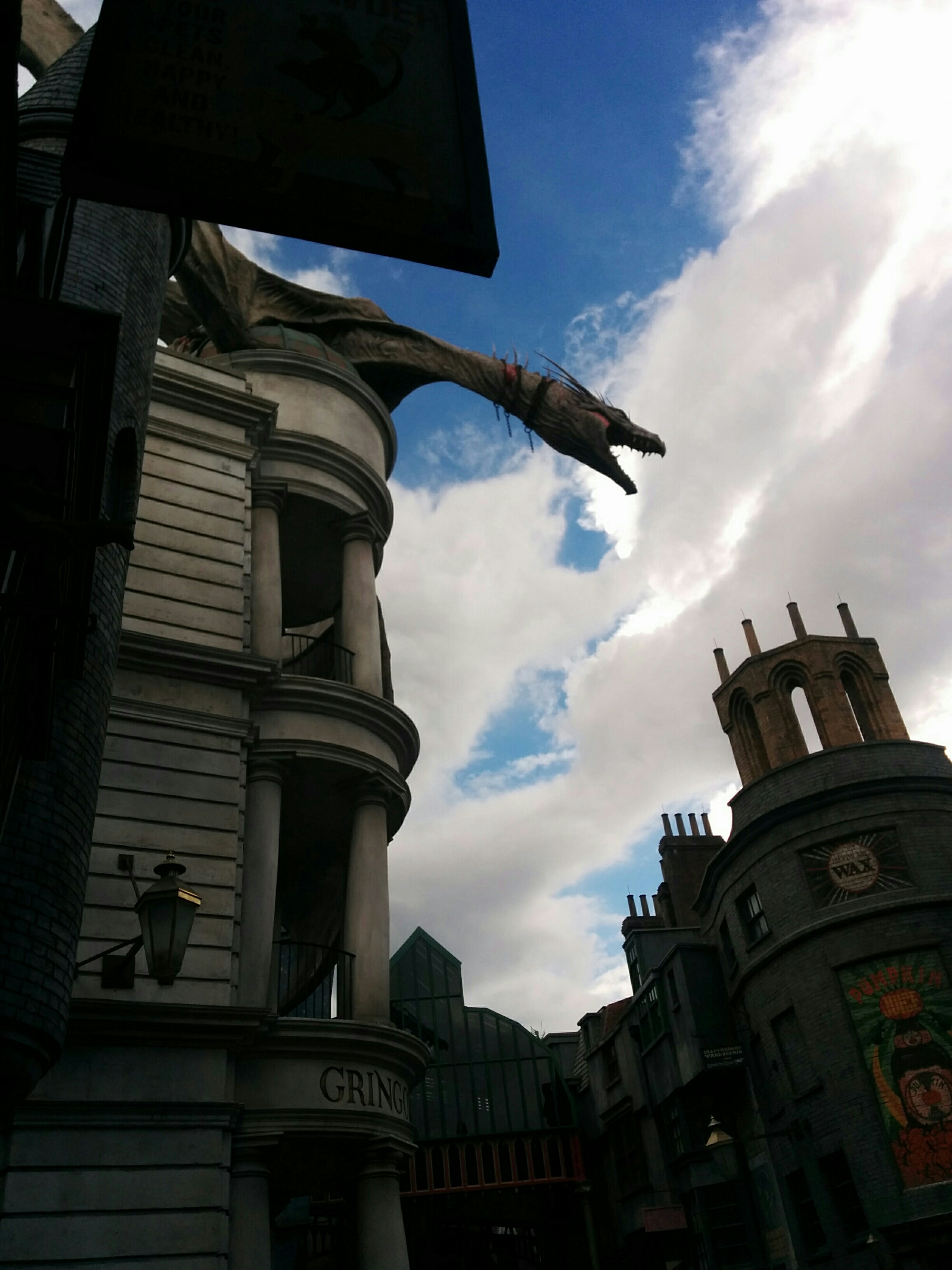 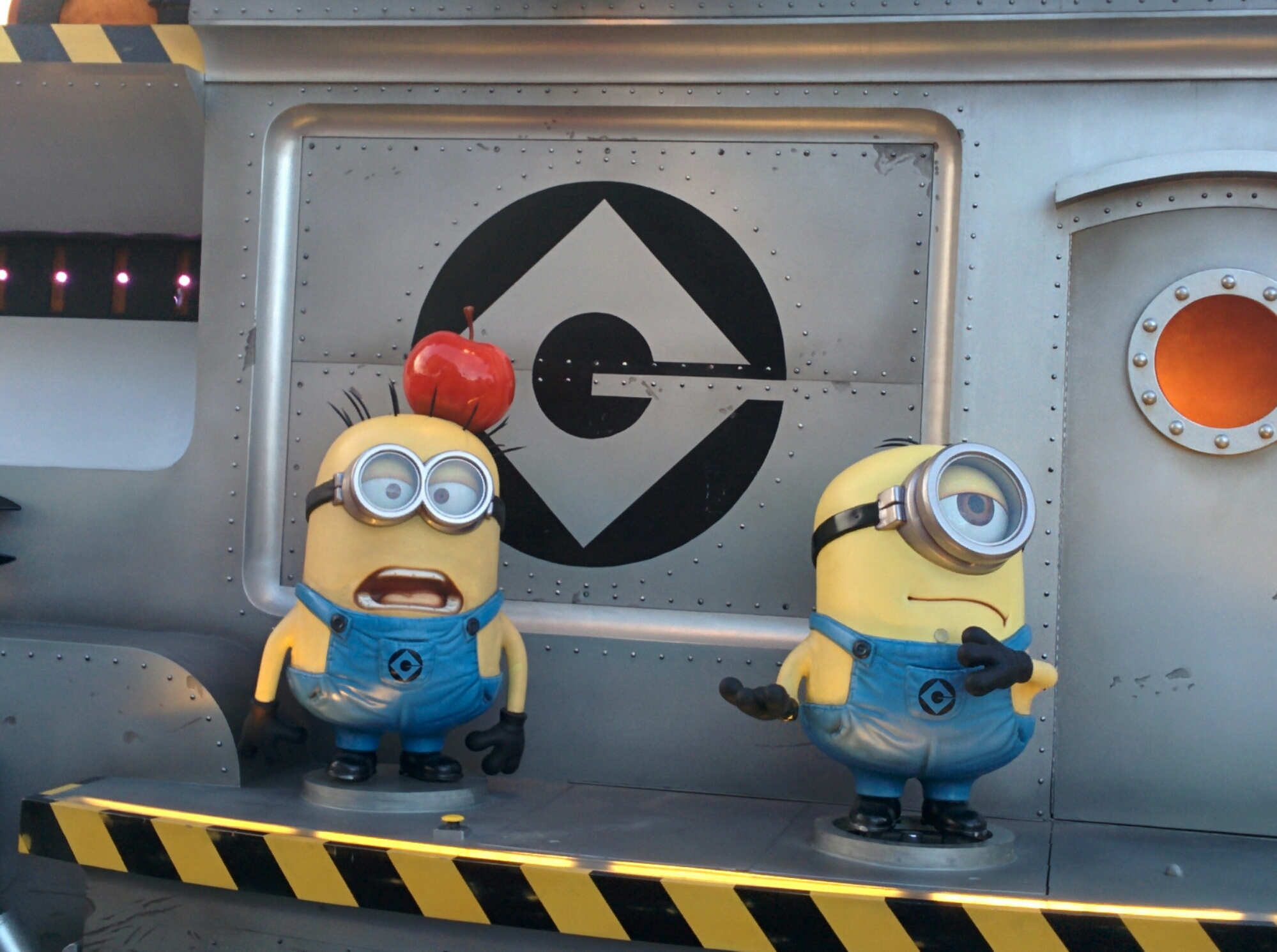 Scenes from the parade 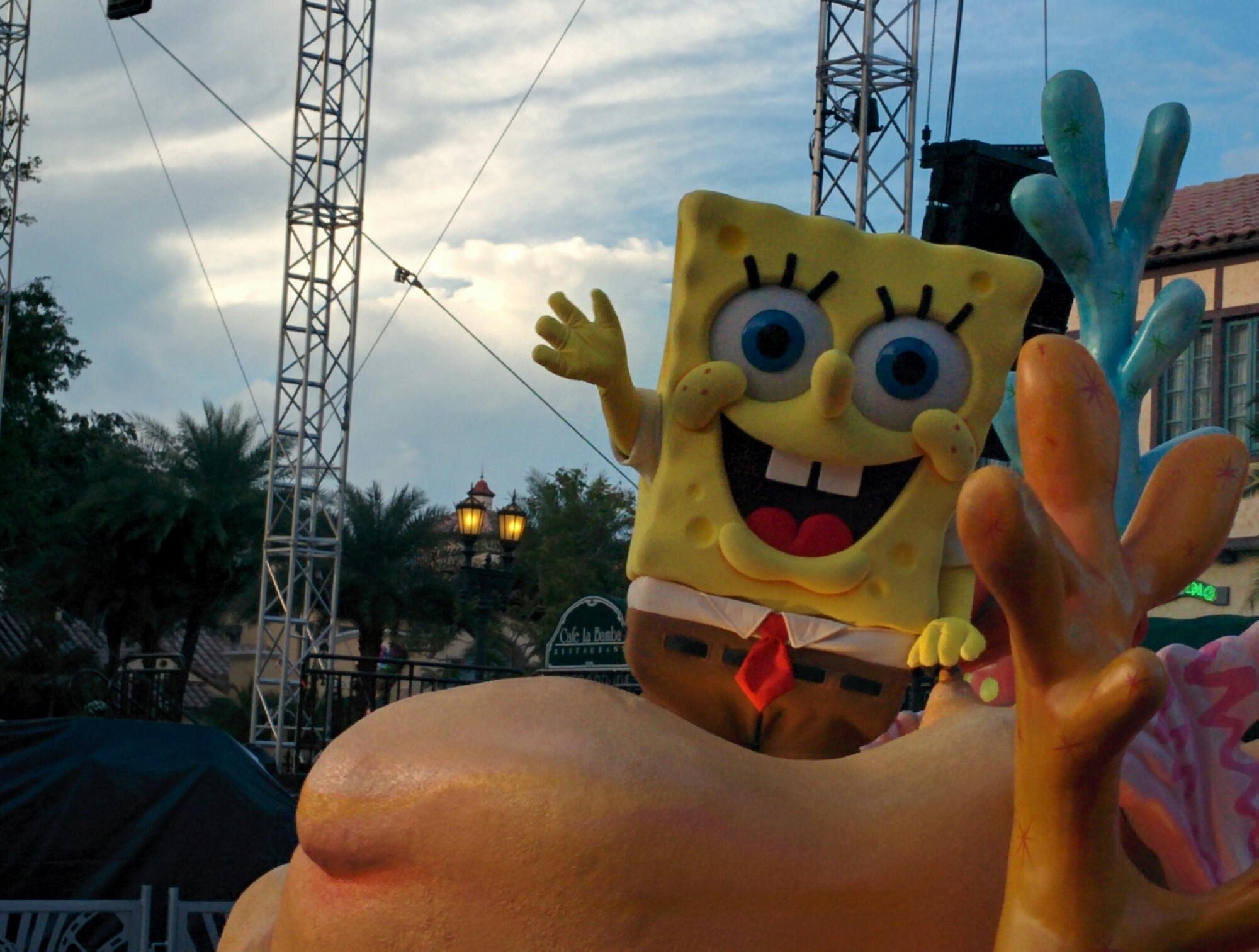 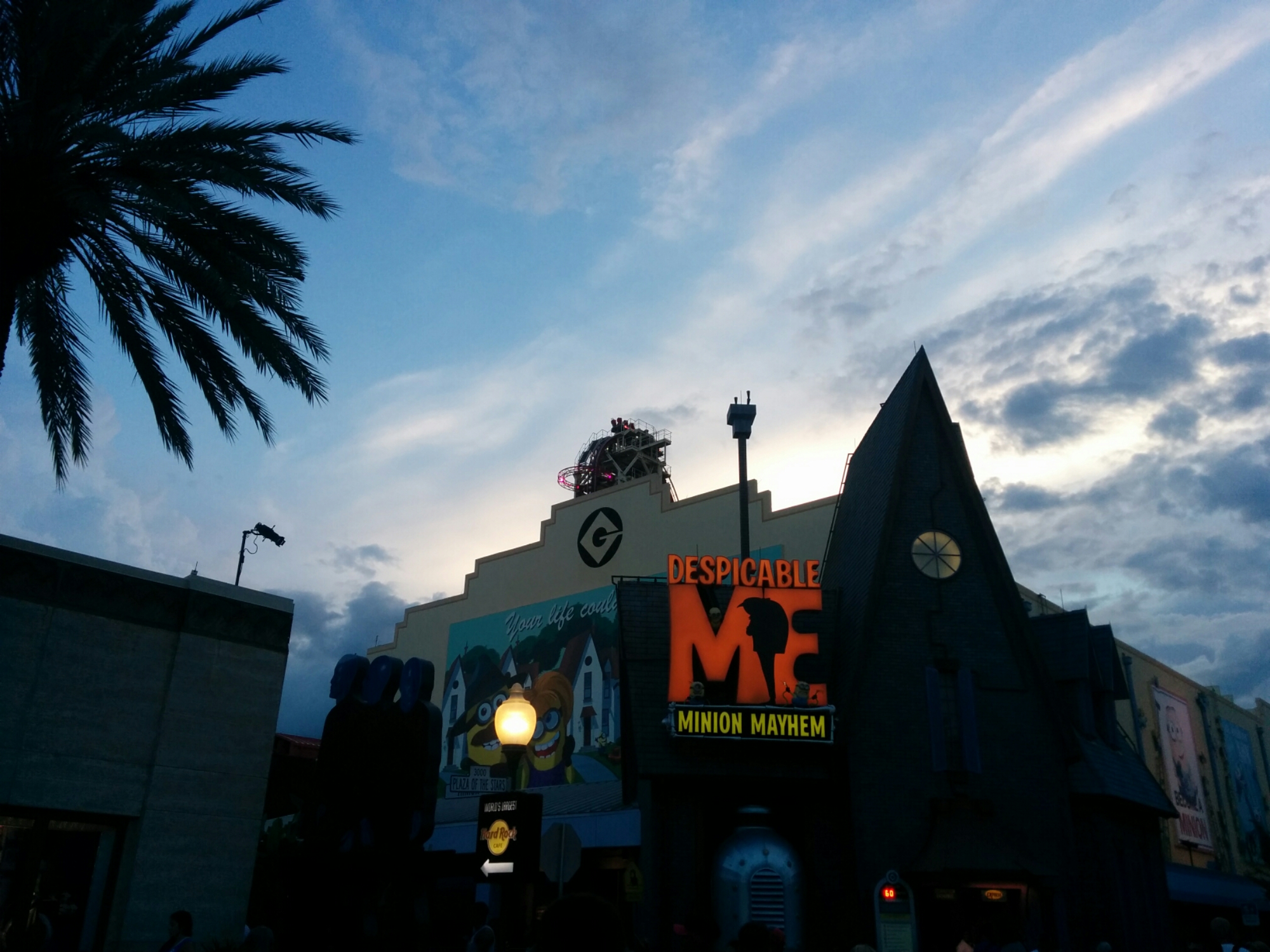 Despicable Me was one of our favorite rides because they star the Minions! 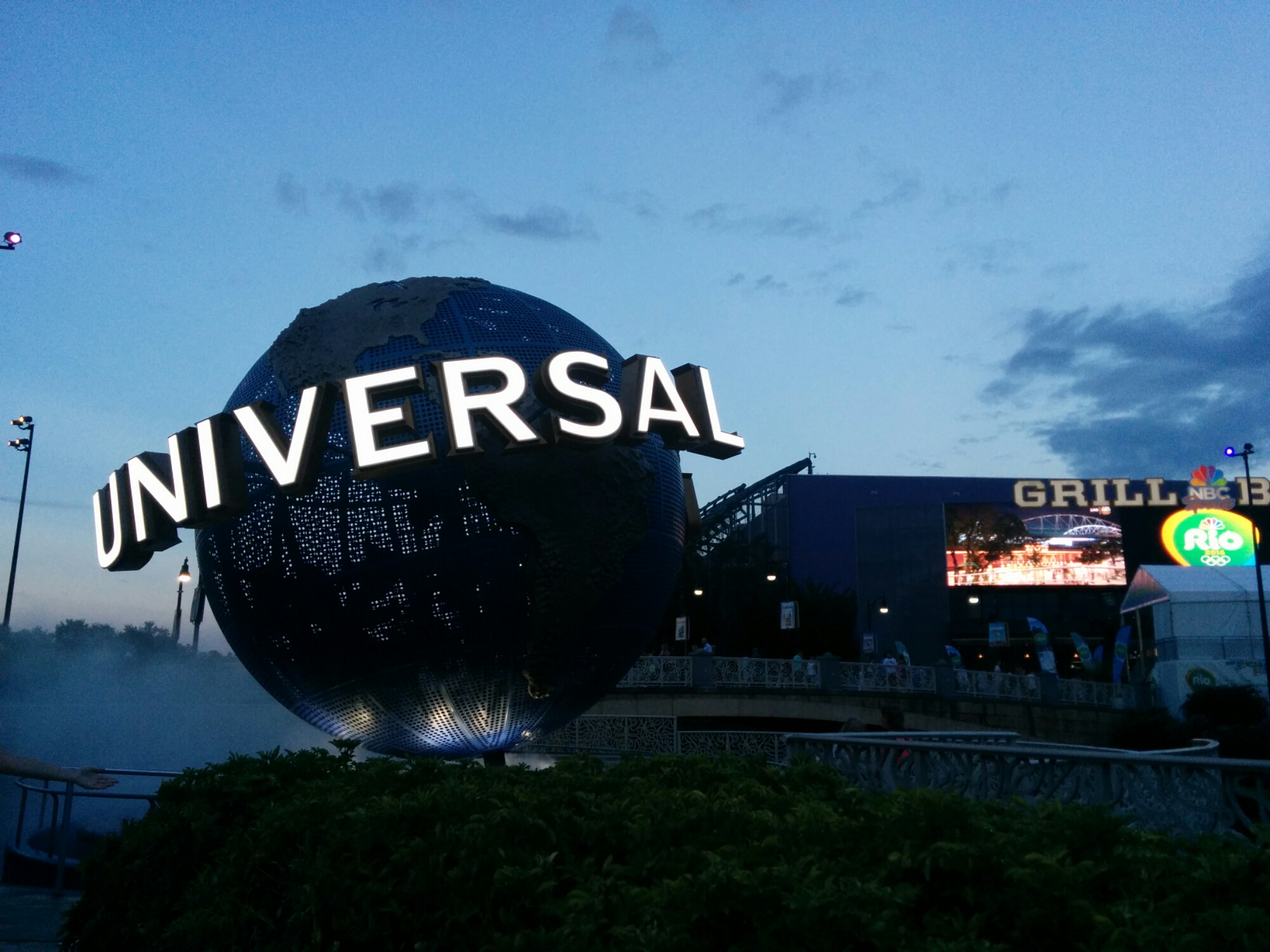 We were pretty beat from our long day yesterday and another early day today, so we headed back to our hotel a little after 8pm

I really thought that our day at Universal Studios would be short and that we’d be back to the hotel by early evening.  Well, I was wrong.  Even though we arrived right at opening, we did not finish touring the park during our 11 hours there!  There was just too much to see and do, and as a result, we will be returning tomorrow instead of going back to Islands of Adventure.